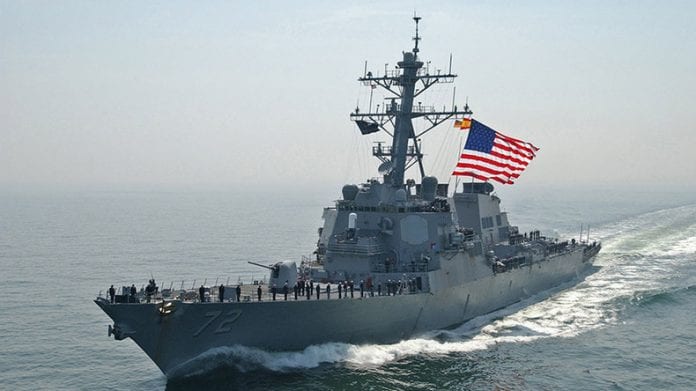 Bitmanagement, a German software company, has asked the U.S. Court of Federal Claims for a partial summary judgment against the U.S. Government for installing its software on hundreds of thousands of computers without permission leading to copyright infringement on a “massive scale”, reports TorrentFreak.

Apparently, in 2011 and 2012, Bitmanagement had agreed to license its 3D virtual reality software called BS Contact Geo on a limited and experimental basis. According to the trial agreement between the two, the U.S. Navy was allowed to use the program only on 38 computers “for the purposes of testing, trial runs, and integration into Navy systems.”

After testing the application for a while, both parties started negotiating the licensing of additional computers. As licensing negotiations continued in 2013, the software vendor discovered that the U.S. Navy had already installed BS Contact Geo software on 100,000 computers within its network without Bitmanagement’s advance permission or authorization and without paying extra compensation. The Navy eventually rolled out the software onto at least 558,466 computers on its network.

“Even as it negotiated with Bitmanagement over the proposed large-scale licensing of its product, the Navy was simultaneously copying and installing that software, without Bitmanagement’s advance knowledge or authorization, on a massive scale,” read the Federal Claims Court complaint filed by Bitmanagement in July 2016. In the complaint, Bitmanagement demanded damages totaling hundreds of millions of dollars for alleged copyright infringement that caused injury to its business and rights.

Subsequently after the complaint was filed, both parties carried out discovery and the software company filed a motion for partial summary judgment a few days ago, wherein it asked the court to rule that the U.S. Government is liable for copyright infringement.

According to Bitmanagement, they are very certain that the U.S. Government has crossed the line.

“The Navy admits that it began installing the software onto hundreds of thousands of machines in the summer of 2013, and that it ultimately installed the software onto at least 429,604 computers. When it learned of this mass installation, Bitmanagement was surprised, but confident that it would be compensated for the numerous copies the Government had made,” the motion reads.

“Over time, however, it became clear that the Navy had no intention to pay Bitmanagement for the software it had copied without authorization, as it declined to execute any license on a scale commensurate with what it took,” Bitmanagement adds.

In response to the motion, the U.S. Government defended itself by saying that it had bought concurrent-use licenses, which allows the software to be installed across the Navy network. However, Bitmanagement disputes that it is not possible as the reseller that sold the software was only allowed to officially sell PC licenses.

Additionally, the software company points out that the word “concurrent” doesn’t appear in the contracts, nor was there any reference of mass installations.

The Government also disputed that Bitmanagement impliedly authorized it to install the software on hundreds of thousands of computers. The software company argues that this defense also makes little sense.

The company argues that if Navy had licensed an earlier version of the software for $30,000 to be used on 100 computers, then how it could use the later version costing only $5,490 on hundreds of thousands of computers.

“To establish that it had an implied license, the Government must show that Bitmanagement — despite having licensed a less advanced copy of its software to the Government in 2008 on a PC basis that allowed for installation on a total of 100 computers in exchange for $30,000 — later authorized the Government to make an unlimited number of installations of its advanced software product for $5,490.”

According to Bitmanagement, the full motion brings up a wide range of other arguments as well, which clearly shows that the U.S. Government is liable for copyright infringement. Therefore, Bitmanagement asks the court for a partial summary judgment.

Whether or not the Government will be liable for the scale of damages shall be known at a later stage. Bitmanagement had previously claimed that it is entitled to at least $600 million in unpaid licensing fees.

Interestingly, this is not the first time that the U.S. military has been ‘caught’ pirating software. In the past, the U.S. military was indicted in a case for operating unlicensed logistics software, which was eventually settled for $50 million by the Obama administration.