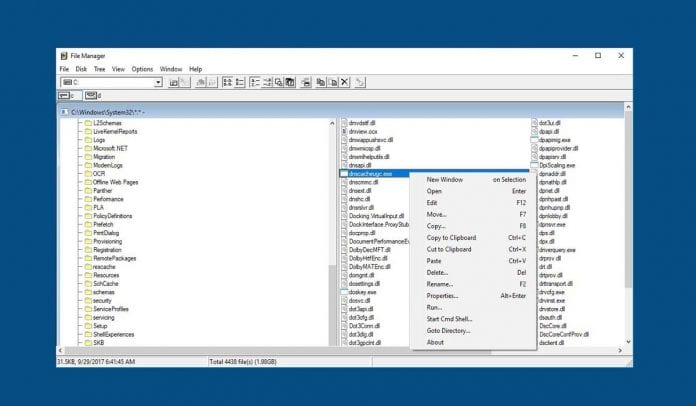 It’s time for folks from the 1990s to get nostalgic, as Microsoft has open sourced the Windows 3.0 File Manager released 28 years ago. This file manager was a replacement for managing files through MS-DOS, which allowed Windows users to copy, move, delete, and search for files.

Veteran Microsoft developer Craig Wittenberg, who had copied the code in 2007 from Windows NT 4, has been maintaining it privately under the MIT license before open sourcing it recently. The source code Microsoft has released can be compiled and even run on Windows 10.

Here’s a portion of the project’s README.md file:

“The Windows File Manager lives again and runs on all currently supported version of Windows, including Windows 10. I welcome your thoughts, comments and suggestions.

original_plus tag: refers to the source for WinFile as of Windows NT4 with minimal changes so that it compiles with Visual Studio and runs on current Windows.

File Manager actually uses an MDI, or multiple-document interface, to display multiple folders within the main application window. “Most of the MSFT open source stuff is either trash or completely unmaintained,” one Hacker News reader noted following the release. “Only a couple of high profile projects are maintained and they jam opt-out telemetry in if you like it or not (despite hundreds of comments requesting them to go away). Even Scott Hanselman getting involved in one of our tickets got it nowhere. Same strong arming and disregard for customers.”

For those who are interested in reliving the 1990s, can just go to the GitHub page here to download the Windows File Manager for Windows 10.