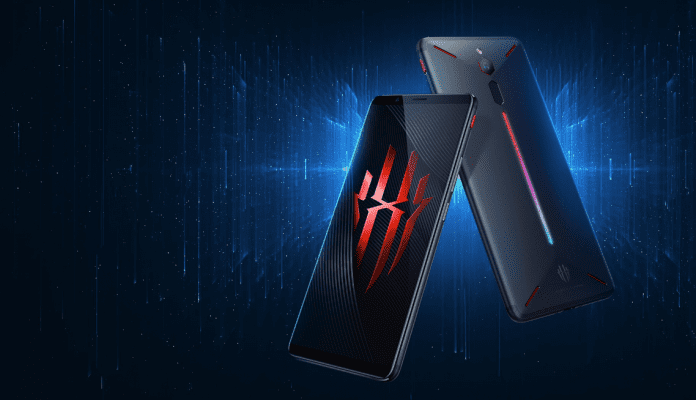 Nubia Mobile, a subsidiary of ZTE, has now officially launched its first gaming smartphone called the “Red Magic” after it made the announcement last week.

Designed with gaming in mind, the Red Magic has a very aggressive design, complete with slim bezels around the edges and a black anodized aluminum unibody chassis. There is a vertical RGB strip that runs down the rear of the phone below the fingerprint scanner that can be customized to “mimic your gaming persona”. The strip can display 16 million different colors and comes with four different lighting effects to customize your look.

Nubia also touts that the Red Magic has an “all-new air convection cooling system that dissipates heat effectively across its diamond-cut design without compromising on performance,” apart from three-layer graphite lamination technology that regulates the device’s temperature to remain at optimal levels.

The Nubia Red Magic sports a 24MP rear camera with an ISOCELL image sensor, an f/1.7 aperture, and a 6-piece motor driven lens. On the front, it has an 8MP camera with a BSI sensor, f/2.0 aperture, 76-degree wide-angle lens, and a 3-piece lens. On the connectivity front, it includes Wi-Fi, GPS, Bluetooth, USB OTG, 3G and 4G.

The handset will be made exclusively available through IndieGogo on April 26 with a starting price of $399. On the other hand, Chinese users can purchase the 6GB+64GB model for 2,499 yuan, and the 8GB+128GB model for 2,999 yuan.