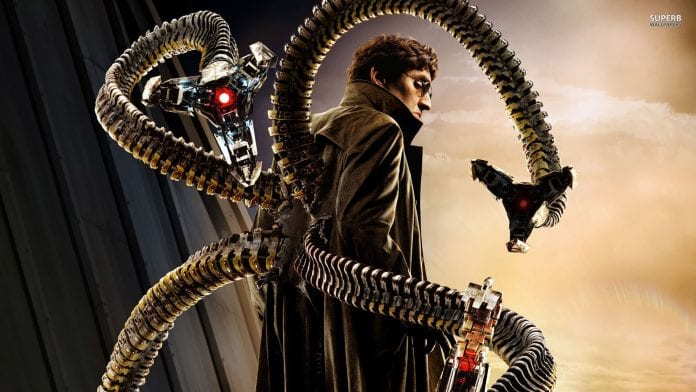 Can’t stop drooling over Doctor Octopus’s set of highly advanced mechanical arms (excluding his detestable intent), Iron Man’s armor or Spider-Man’s latest suit in Avengers: Infinity War? Thanks to Robo geeks you can now get one for yourself!

In CNET’s What The Future episode, An exoskeleton created by inventor Erik Finman was spotlighted. It featured four working arms that were 3D printed. Mr. Finman created the tentacle arms for a 10-year old boy, a family friend of his, who was suffering from hyper mobility syndrome. To cast aside some of his problems the boy expressed his desire for such suit, which Finman effectuated.

Fascinating how well this 12 pound exoskeleton could be controlled by palm switches. Not sure about the extended uses but for possible uses definitely it stood up to expectation. Also, the lesser weight was appropriate enough for 10 year old kid. Finman said that an adult-sized version of the suit can also be created easily, with more power, enough to lift a car.

Persistent researches in this fictitious technology have dragged militaries as well, to pursue exoskeletons. Apparently, it would provide soldiers superhuman abilities, as the exoskeleton uses artificial intelligence to provide additional power and mobility to soldiers, and allows them to carry heavier loads.

Another fascinating headway in this futuristic tech is combining the power armor with Nerve Reversal Surgery which would empower amputees to use their thoughts to control these machines.

Altogether Exoskeletons have become a research hotspot recently, and a powered exoskeleton i.e. a wearable mobile machine which is powered by a system of electric motors, pneumatic, levers, hydraulics or a combination of technologies, can provide protection, assistance or help in the recovery of people with lower limbs paralysis.

Let’s hope the inventors succeed in their experiments and we all can experience some superhuman powers!