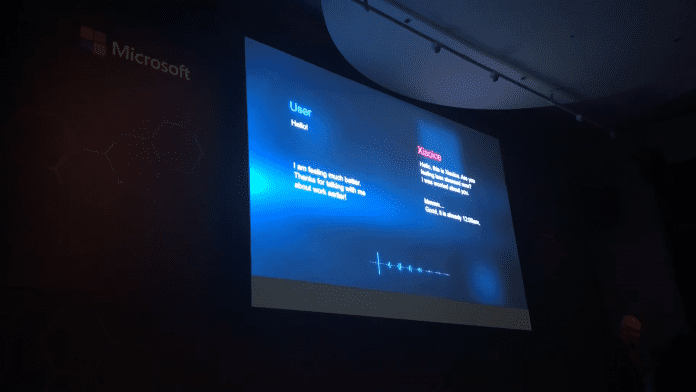 Following in the footsteps of Google is another Silicon Valley tech giant Microsoft, who recently showcased an AI (artificial intelligence) chatbot that is capable of making real phone calls to humans.

For those unaware, earlier this month at the Google I/O 2018 demo, the search giant had displayed a similar product called Google’s Duplex, where the AI bot can make a phone call and talk to a real human being in order to complete tasks on behalf of the users, such as dinner reservations and scheduling hair appointments. In other words, the AI pretends to be human and make phone calls.

However, in case of Microsoft, it allows the bot to call people and have ‘full-duplex’ conversations (a conversation where both users can speak and understand each other at the same time, similar to a telephone call).

Called as Xiaoice (pronounced SHAO-ICE and the Chinese translation for ‘little Bing’), Microsoft has been developing the AI-based social chatbot for many months on WeChat and many other popular messaging platforms. However, the Silicon Valley giant revealed a demonstration of the chatbot’s ‘full duplex voice sense’ only at an AI event in London on Tuesday, according to The Verge who were the first to report it.

Speaking at the event, Microsoft’s CEO Satya Nadella said that the AI bot already has more than 500 million “connection or friends”. Xiaoice has more than 16 channels for Chinese users who want to interact with it through WeChat and other messaging services.

Microsoft has termed Xiaoice as a friendly bot, where the conversation with this AI-powered chatbot aims to give that natural experience a person might have when talking on the phone to a friend. The AI chatbot is touted to have completed over a million phone calls already.

“Xiaoice has her own TV show, it writes poetry, and it does many interesting things,” added Nadella. “It’s a bit of a celebrity.”

Although most of the test conversations with Xiaoice have been text-based till date, Microsoft is now allowing the bot to also make phone calls and have conversations.

Check out the video below to see Xiaoice in action:

Although the concept for Google Duplex and Microsoft Xiaoice may be on the same line, but the basic difference between them is that the Google Duplex uses the Assistant to make calls on your behalf, while Xiaoice holds a phone conversation with you. Also, Xiaoice can predict what the person is most likely to say and respond accordingly. Just like a normal human, Xiaoice can even interrupt the user mid-sentence during conversations.

Currently, Microsoft’s Xiaoice remains exclusive to China and speaks only Chinese. Microsoft has not revealed if and when it plans to test the AI chatbot in other parts of the world.