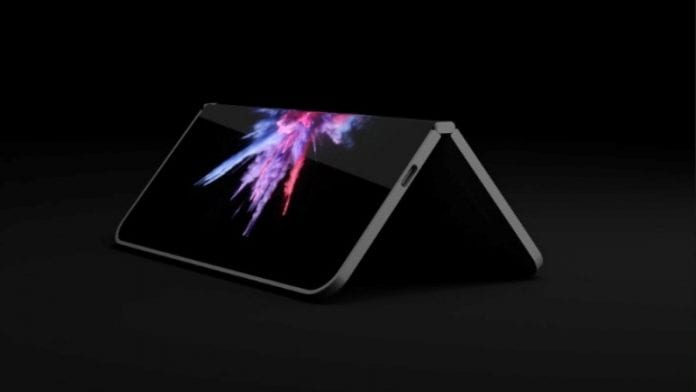 Microsoft is developing a foldable Surface device with two screens

Last month, we had reported that Microsoft is actively working on a new platform codenamed “Andromeda OS,” and a new device codenamed “Factory OS Andromeda Device”. According to rumors, this operating system would be initially aimed at a folding smartphone or tablet hybrid that would be released under the Surface brand.

For those unaware, the project Andromeda has been in development for at least two years and has been appearing constantly in reports from other publications and even patents from Microsoft. According to Microsoft, the purpose of this product is to “blur the boundaries between mobile and stationary computing”. It also adds that Andromeda will offer “new innovative hardware and software experiences to create a truly personal and versatile computing experience.”

Now, adding more fuel to the fire is Microsoft’s Corporate Vice President of Devices and one of the heads behind Surface products, Panos Panay who took to Twitter on Friday and posted a picture (see below) thanking LG display for the caricature.

Do you think they got the resemblance right?
Huge thanks to LG Display for the awesome caricature. #nailedit pic.twitter.com/vejlOIVuoK

The picture as seen above shows the photo of two wooden photo frames adjoined by a hinge, hinting at the envisioned foldable Surface Phone Andromeda device for which LG Display will provide OLED screens for. You can see a caricature of Panay in the left frame thanking the LG Display team pictured on the right.

While the picture posted on Twitter does not qualify for official confirmation that Microsoft is actively working on its Andromeda project, but the tweet of the upcoming dual-screen/hinge device does indicate that an official reveal of the device may happen sooner rather than later. Various reports indicate that Microsoft may be looking at announcing Andromeda before the year-end.

Microsoft is not the only company that is working on dual-screen/flexible display devices. Bigwigs like Samsung, LG, and Huawei are expected to launch smartphones with foldable displays in the next year or so.