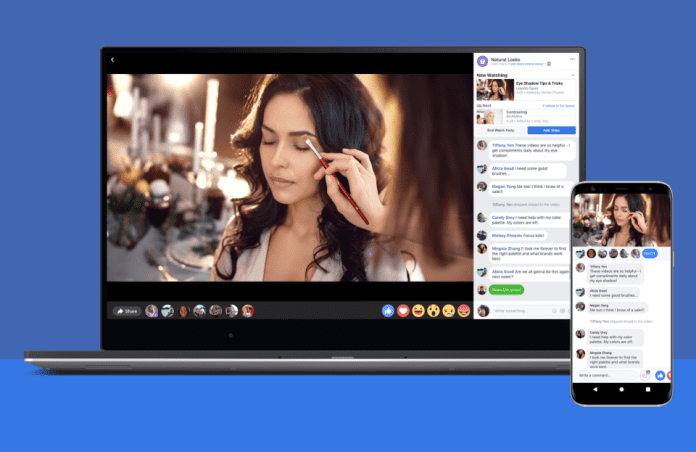 Facebook has launched a new feature called ‘Watch Party’ to all Facebook Groups around the globe and will be available across mobile and desktop platform. This new feature allows members of the Facebook groups to join in and watch videos on the social network platform together in real time, and comment.

Facebook had been testing the ‘Watch Party’ feature for almost six months now and the company has plans to release the feature sometime in the future, which could see it compete against Google’s YouTube in the video streaming sector.

“Watch Party is a new way for people to watch videos on Facebook together in real time. Once a Watch Party is started, participants can watch videos, live or recorded, and interact with one another around them in the same moment. We’ve been focused on building new ways to bring people together around video, create connections, and ignite conversations; Watch Party is the next step in bringing this vision to life,” Erin Connolly, Product Manager at Facebook, said in a blog post.

Facebook says Watch Parties are great for both small groups of friends and family members, as well as large organizations hosting Q&A sessions and more.

Watch Party will not be limited to Facebook groups alone, Facebook revealed. The company is now planning to roll out the feature for Pages, which normally refer to profiles of public figures and other organizations.

“We are now starting to test the ability for people to start to Watch Parties with friends outside of groups, too, and we’ll explore Watch Parties for Pages in the future,” Connolly said.

“We believe that if people can start a Watch Party directly from their profile or from a video they’re watching, the experience of watching video on Facebook can become even more fun and social,” Connolly added.

Based on the feedback collected from Facebook groups, the social media giant has added the following two new features on the global launch, which were not included during the test phase:

Co-hosting – This feature allows the host of a Watch Party designate other co-hosts who can add videos and keep the party going.

Crowdsourcing – This feature lets anyone in a Watch Party suggest videos for the host to add to the Watch Party.

Check out the demo below to know how to start a Watch Party on Facebook.

Further, Facebook has lined up a selection of Watch Parties to celebrate its launch. To check the latest Weekend of Watch Party happenings, click here.