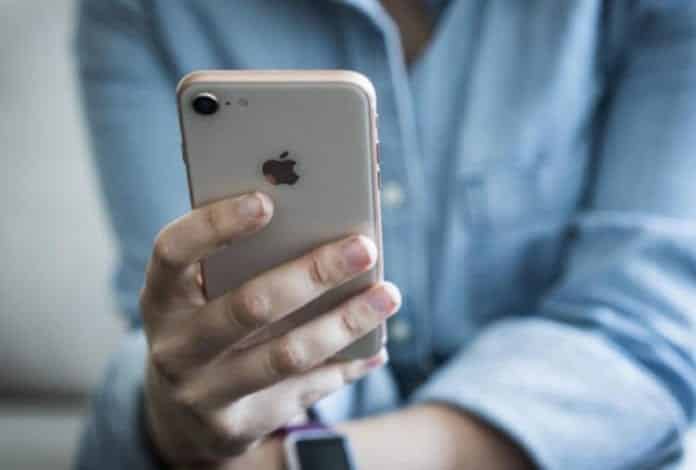 Technology giant Apple’s war with the Telecom Regulatory Authority of India (TRAI) has been going on for some time now over the Do-Not-Disturb (DND) app.

For those unaware, TRAI has designed the Do-Not-Disturb (DND) app, which allows users to report spam marketing as well as promotional messages and calls. While the application has been available on Android for quite some time now, Apple has refused to list it on its App Store citing that the app seeks permission to record user’s calls and messages, which breach of user’s data privacy. Additionally, Apple has argued that it would make an in-house app instead of TRAI’s DND app to safeguard the user’s data.

Earlier this week, TRAI announced a new set of regulations that could see millions of iPhones getting deactivated in India if it does not agree to it. The telecom regulator has announced the ‘Telecom commercial communications customer preference regulations, 2018’ under which it has proposed to “derecognize” devices that bar installation of TRAI’s DND app.

“Every Access Provider shall ensure that preferences recorded or modified by the subscriber are given effect to in near real time and in such a manner that no delivery of commercial communication is made or blocked in contravention to the subscribers’ preference after twenty-four hours or such time as the Authority may prescribe,” said TRAI in its report.

“Provided that where such devices do not permit functioning of such Apps as prescribed in regulations 6(2)(e) and regulations 23(2)(d), Access Providers shall, on the order or direction of the Authority, derecognize such devices from their telecom networks,” it added.

The regulator in section 6(2)(e) points out that every access provider has to set up “Customer Preference Registration Facility (CPRF)” and provide a “mobile app developed in this regard either by the Authority or by any other person or entity and approved by the Authority.”

According to the TRAI’s new guidelines, all telecom operators in the country will have to ensure that the Do-Not-Disturb (DND) app 2.0 version is installed on all smartphone devices registered on its network support the permissions required for the functioning of such Apps as prescribed in the regulations 6(2)(e) and regulations 23(2)(d).

Under the new guidelines, if Apple does not comply with TRAI’s requirements and does not list the DND app on its App Store, then TRAI will direct telecom operators in the country to deregister iPhones from their network. This would cause Apple lose out on the smartphone front from the rivals and also cause inconvenience to millions of iPhone users in India. Currently, the new DND 2.0 version app is available for Android users only.

Apple is reportedly contemplating legal action against TRAI over the mandatory installation of the DND app, according to insiders with knowledge of the ongoing issue. The company said that TRAI can’t force telecom operators to ‘take any action which is not in their ambit like barring handsets from their network’.

Apple also has gradually modified its operating system to allow third-party applications to plug into the calling and messaging frameworks in a limited way, with CallKit in iOS 10 and SMS filtering in iOS 11.

According to Apple, the iOS 12 will bring a native spam filtering feature, that will allow users to effortlessly report spam calls and text messages directly from the operating system. “These features will take care of what TRAI wants – to check unwanted calls and messages. So, the new rule has come as a surprise”, a company insider was quoted as saying by the Economic Times.

In May, TRAI had released a draft version of the regulation that was approved on Thursday. Many have voiced their objections to the “derecognize” clause, particularly the Indian Cellular Association (ICA), a body that represents the interests of mobile phone manufactures and other players in the Indian market. In a letter to the telecom regulator on June 11, ICA had noted its objections to TRAI’s proposals.

The letter said “it would be patently wrong to give an powers in the hands of telecom operators to start judging which device should continue and which should be ‘derecognized from its telecom network’” and the regulator “had no jurisdiction over device manufactures.”

The body added that TRAI’s regulation places “millions of consumers in harm’s way” who “may simply not want to have such an app on their devices, or they may be on a platform that does not support the functionality in the manner in which TRAI is describing it.” It said this was an “additional mandate” that was unnecessary when many other options were already available to customers.

Airtel and Vodafone had also objected. Airtel, in its response to TRAI’s draft regulation had noted, among other things, that “the suggestion of a new app (clause 6(2)(e) for registering the preference tantamount to creating an additional set-up and infrastructure without any value addition. This can be done away with as the operators can just sync this feature in their existing apps.”

On the other hand, Vodafone commented that among other things, TRAI’s regulation would require “huge cost” to be implemented.