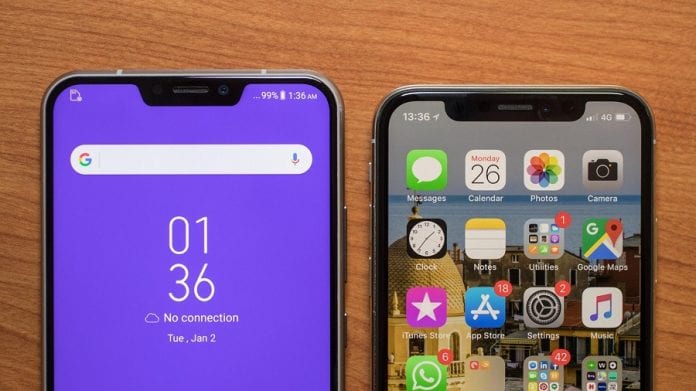 In one of the latest posts on the Android Developer Blog, Google has laid down ground rules for Android phone manufactures that allows them to have one or even two display cutouts in devices, but not more than that.

Google has explained how developers should make changes to their app’s code to include only up to two notches and displays with 18:9 or more aspect ratios.

“You won’t see multiple cutouts on a single edge, or more than two cutouts on a device,” said Meghan Potoski, Android UI product manager in the blog post.

For those unaware, the display notch trend was kickstarted by the Essential with its PH-1 Android smartphone, and the trend was carried forward by Apple with the iPhone X. Due the success of iPhone X, phone manufactures are making it the norm to include it on 2018 flagship phones in the process. Until now, there are 16 Android devices from 11 OEMs that feature display cutouts.

Therefore, in order to ensure consistency and app compatibility, Google is working with their device manufacturer partners to mandate a few requirements regarding notches.

According to Google, the first requirement is to ensure that cutouts do not negatively affect apps and user experience. For instance, when the device is in portrait mode with no special flags set, the height of the status bar must extend to at least the height of the cutout so that the content can be displayed in the window below. Similarly, if the device is in full screen or landscape orientation, then the entire cutout area must be letterboxed so that none of the content is displayed in the cutout area.

The second requirement mentioned in the blog post is that devices can have only one cutout on each short edge of the device, which means that a single edge cannot have multiple cutouts, or more than two cutouts or notches in total. Also, the cutout cannot be placed on the left or right long edge of the device.

Earlier this year, Google had announced that the forthcoming Android P, its ninth major version of the Android operating system, will have display cutout support that will enable full-screen apps to house notches. With the final version of Android P expected to be released soon, one could see more devices embracing the notch in the coming months.