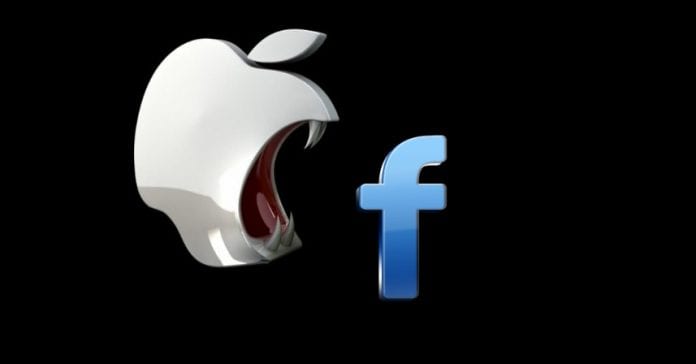 According to the recently revamped guidelines of Apple, developers cannot list apps on the App Store that collect and share data with third-parties for any reason other than enhancing the app’s experience or ads.

According to Apple, Facebook’s app had violated new rules of data collection introduced by the Cupertino giant in June.

“We work hard to protect user privacy and data security throughout the Apple ecosystem,” Apple said in a statement to MacRumors.

“With the latest update to our guidelines, we made it explicitly clear that apps should not collect information about which other apps are installed on a user’s device for the purposes of analytics or advertising/marketing and must make it clear what user data will be collected and how it will be used.”

Although, Onavo’s listing in the App Store stated that it collected your use of “websites, apps, and data” and promised to “keep you and your data safe when you browse and share information on the web,” the app was collecting information about how people use their devices outside of Facebook, Apple said.

It is found that the VPN client was tracking users’ apps, how often they are used, what websites users visit, websites of fading interest and was sending this information back to Facebook and its partners.

“Apple informed Facebook that Onavo also violated a part of its developer agreement that prevents apps from using data in ways that go beyond what is directly relevant to the app or to provide advertising,” reports The Wall Street Journal, citing a source familiar with the matter.

Last week, Apple reportedly suggested Facebook to “voluntarily” remove Onavo Protect for iOS from the App Store. Instead of making changes to the app, Facebook decided to comply with Apple’s latest guidelines and removed the app.

Onavo Protect app is still available for download from the Google Play Store on Android. For those who have downloaded the Onavo VPN app on iOS in the past can continue to use it. However, Facebook won’t be rolling out new updates for iOS users.