This Graphics card has its all-new turing architecture which eventually defeats its popular predecessor GTX 1080. Here RTX refers to real-time ray tracing which promises to deliver cinema-quality light and shadow reflections to gaming.

The secret behind Nvidia graphics card this is on-board deep learning processor which essentially give developers a switch to control ray tracing effects. Looks like Nvidia has become the first to crack this photo-realistic lighting effect.

Nvidia has also announced its two more GPU’s RTX 2070 and RTX 2080 Ti (Nvidia graphics card). The preorders have already been started but the actual availability of cards is from September 20. RTX2080 is initially designed for overclocking and RTX 2070 will offer more ray-tracing performance than Nvidia’s Titan XP card.

According to Jensen Huang (Nvidia CEO), they have introduced a new computing model which will be a monster in terms of performance. Huang showed off a number of demonstrations of existing cards and new rendering techniques with the RTX series which seems to be very much convincing to the audience. 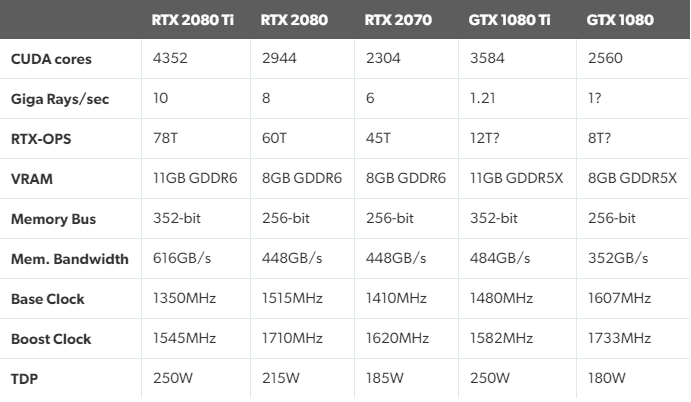 Of course, this spec sheet doesn’t tell the whole story, and Nvidia’s Turing presentation contained some other interesting nuggets as well. RTX graphics cards will also come with a USB Type-C VirtualLink port which will allow VR headsets to connect using a single cable, rather than the USB and HDMI.

Nvidia is also working with Microsoft to push ray-tracing, all thanks to the company’s new DirectX Raytracing (DXR) API in Windows 10 to complement Nvidia’s RTX work.

So these were the prices related to Newly launched Nvidia graphics card. For further information stay connected with us.