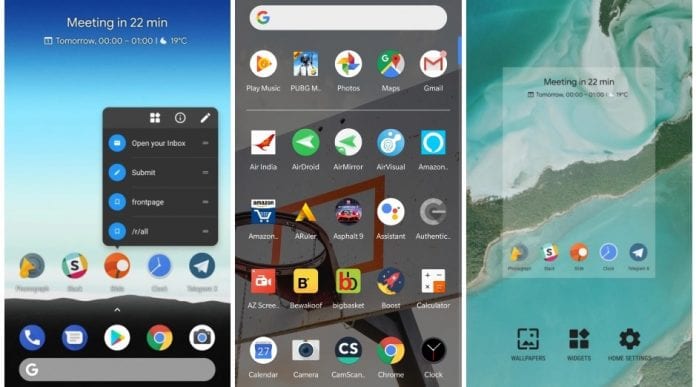 For those unaware, Rootless Pixel Launcher from developer Amir Zaidi is one of the most popular stock Android launcher app has that one can use to get Google Pixel like experience on their Android phone.

The Rootless Launcher version 3.8 will give you a pure stock Android experience regardless of what Android device you have. It is easy to download and can be used on most compatible devices. However, it does not support the Pixel devices, as they already have the launcher installed by default.

Based on Android’s open source Launcher3, the Rootless Launcher is merged with decompiled Pixel launcher resources. The app does not require root permission to work. It uses the Pixel Launcher’s original package name, which allows it to host some of the features. However, in order to take full advantage of the Rootless Launcher app, one needs to install a companion app known as “Rootless Pixel Bridge”. This companion app unlocks the full feature set of the original Pixel launcher and adds features such as the ‘Google Feed’ and ‘At A Glance’.

The Rootless Launcher brings functionalities such as the Pixel Launcher’s bottom search bar on the home screen, support for adaptive icon packs, icon shape and wallpaper-based theme selection and more. The application is totally free and is also ad-free. On the downside, the Rootless launcher doesn’t include every Google Pixel feature, but it does provide the feel of Android Pie.

How to install Rootless Launcher

The Rootless Pixel Bridge acts as a handshake forwarder, which means that when Google makes changes to their API it will still work fine. All the developer needs to do is make changes to their launcher so that those API changes can be accommodated.

Currently, the Rootless Launcher is compatible with devices running Android 5.0 and above. However, the developer is planning a future release that will support Android 9 Pie when it’s officially launched.

You can download the app from the Play Store here and the Rootless Pixel Bridge companion app from APKMirror here to get a Pixel-like experience on your non-Pixel device.