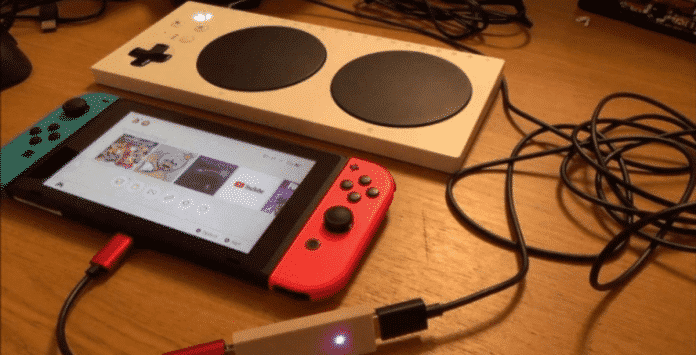 There is good news for disabled gamers! A YouTuber has come up with a workaround to get Microsoft’s Xbox Adaptive Controller work on the Nintendo’s Switch console.

For those unaware, Microsoft’s Xbox Adaptive Controller (XAC) is a video game controller designed for Windows PCs and the Xbox One video game console.

While Microsoft has not set up official support for other consoles, which also includes Nintendo Switch, a YouTube channel, My Mate VINCE, that specializes in ‘How to’ guides, has released a guide on how to use the Xbox Adaptive Controller on a Nintendo Switch console.

Currently, Nintendo players need to use the standard controllers or buttons supplied with each device.

The video shows the YouTuber got the device working on the Nintendo Switch with the help of a Mayflash Magic-NS wireless controller adapter costing $20 on Amazon and a bit of software troubleshooting to remap the buttons.

Check out the detailed guide below on how to get your Xbox set up and working on the Nintendo Switch.

Please note that since Nintendo Switch does not officially support the adapter, the risk that this support might be disabled, intentionally or not, in a future Switch update is likely possible.

As we can see from the video, it takes My Mate Vince nearly 20 minutes to complete the whole process.

While one can certainly make the Adaptive Controller work on the Nintendo Switch, it would be best if Nintendo in the future makes their hardware compatible with XAC to avoid such workarounds.