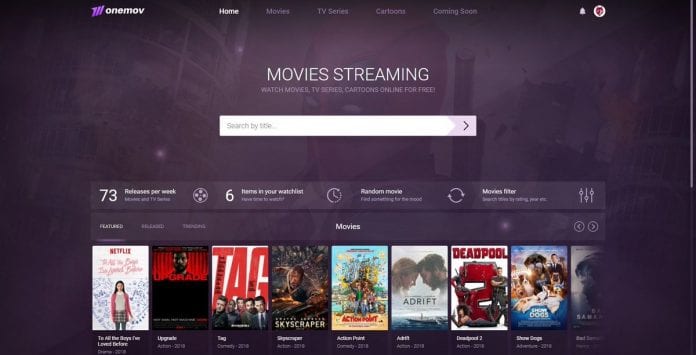 The Ukrainian cyber police recently raided the home of an alleged operator of a pirate streaming portal for infringing Universal’s copyrights, reports TorrentFreak.

The accused in question is a 24-year-old pirate website operator who is reportedly behind OneMov and 10 other pirate websites. The Ministry says that officers from the Kiev Department of Cyber policies, along with investigators from the Vasylkivsky police department, have executed a warrant in the south-eastern city of Zaporizhzhia.

According to the authorities, the individual “reproduced and distributed audiovisual works” belonging to Universal City Studios LLLP, which is represented locally by the Ukrainian Anti-Piracy Association.

OneMov gained an international following that caught Universal City Studios’ attention. Police carried out an “authorized search” that led them to discover items relating the accused to the platform.

“In his apartment, the system unit of a personal computer containing an electronic control panel of the site was removed. In addition, a router was found that was used to administer the specified web resource and bank cards, which included funds from advertising on the specified site,” The Ministry of Affairs revealed in an official statement.

Authorities believe that the arrested man is not only linked to OneMov but could also be handling 10 other pirate websites including MovDB, OneStream and more.

The arrested man is being investigated for offenses under Part 3, Article 176 of the Criminal Code of Ukraine (Infringement of Copyright and Related Rights) and may face up to 6 years in prison.

Ukraine, which is known for its high piracy rates, has often been criticized for not cracking down on online and offline piracy. Authorities have often failed to take action against local pirate and gray-area hosting platforms that has helped website like OneMov remain active in Ukraine for years.

However, after legal complaints were filed by Universal City Studios and many other popular entertainment companies, the cyber police was forced to take action against OneMov.

Earlier this year, the United States Trade Representative (USTR) kept Ukraine on its Priority Watch List (pdf), blaming government agencies of using pirated software and a “failure to implement an effective means to combat the widespread online infringement of copyright in Ukraine.”