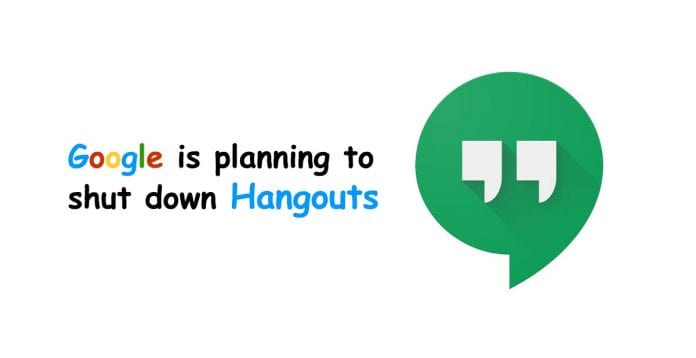 Google may shut down Hangouts sometime in 2020; Hangout executive rubbishes this rumor

Contrary to reports by 9to5Google, Google’s real-time chat service, Hangouts for consumers will be shutting down for good sometime in the future and not 2020, reports Android Police.

Slamming the reporting as shoddy, Scott Johnston, Realtime Comms product lead in G Suite at Google (Hangouts Meet & Chat, Google Voice) in a string of tweets said that there have been “no decisions made about when Hangouts will be shut down.”

However, he did confirm that those who are using the “classic” Hangouts will eventually be upgraded to enterprise-focused, Google Hangouts Chat and Meet. This means that Google has plans to shut down Hangouts eventually but not sometime in 2020. Also, Hangouts as a brand will live on with G Suite’s Hangouts Chat and Hangouts Meet.

Hey @hallstephenj, I run Hangouts and this is pretty shoddy reporting. No decisions made about when Hangouts will be shut down. Hangouts users will be upgraded to Hangouts Chat and Hangouts Meet. Your source is severely misinformed. You can do better.

For those unaware, Google Hangouts is a communication platform that was launched by the company in 2013 as a successor to Google Talk (Gchat). The messaging service includes messaging, video chat, SMS and Voice over Internet Protocol (VoIP) features.

The shutting down of Hangouts shouldn’t come as a surprise for its consumer users, as Google did not make any changes to the app for more than a year, Also, some reviewers suggested that Hangouts app was showing signs of age, bugs as well as performance issues.

In the meanwhile, Scott Johnston has confirmed that the company plans to launch twelve more messaging apps in Hangouts.