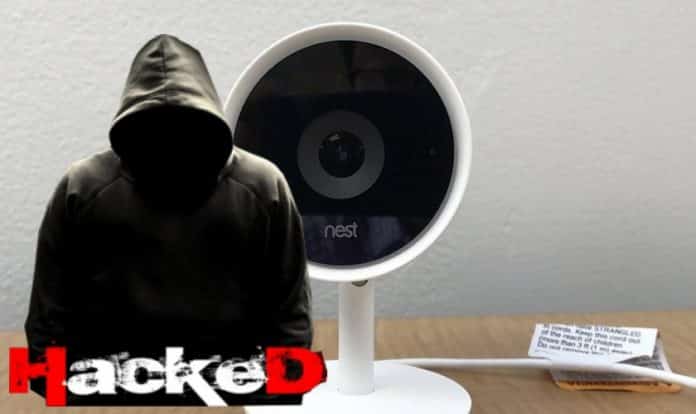 As creepy and disturbing it may sound, an Arizona man was startled when a hacker spoke to him through his internet security camera that was meant to keep him safe, reports The Arizona Republic.

The victim, Andy Gregg, a real estate agent in Phoenix, Arizona, said he was in his backyard when he heard a voice speaking to him creepily from inside his home. At first, he thought a burglar had entered his home. However, he soon realized that the voice was coming from his Nest Cam IQ security camera in the front window of his home.

The hacker claimed that he was a “white hat” hacker associated with the Anonymous hacktivist group. He informed Gregg that his personal information was compromised probably in a previous data breach.

The hacker then recited a number of passwords Gregg had used for logging into multiple websites. While the hacker had no access to the cam’s video feed, nor Gregg’s location, he said the loopholes, however, could have been explored by notorious hackers for malicious purposes.

“I’m really sorry if I startled you or anything. I realize this is super unprofessional, and I’m sorry that it’s a little late in the day to do this,” the hacker can be heard telling Gregg, according to a recording obtained by The Arizona Republic/azcentral.

“We don’t have any malicious intent.”

The hacker informed Gregg that he had accessed his camera to warn him about its security vulnerabilities. Gregg immediately unplugged the camera and changed his passwords to avoid any future access to his camera by malicious hackers.

Google-owned Nest said in a statement to the Arizona Republic that it is aware of hackers accessing its cameras using passwords exposed in other breaches. It said that the company has no control over the device beyond the user’s login point, as their devices do not come with default logins. Users need to set up their device with a unique set of login credentials that only they are aware. Hence, Nest suggests its users to set up two-factor authentication to provide an additional layer of security on their devices.