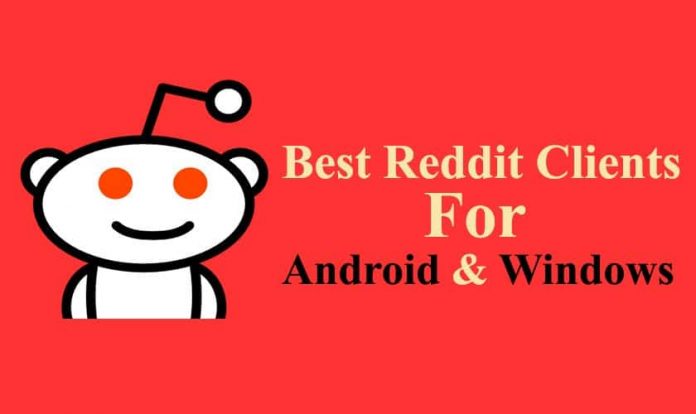 Reddit often referred to as the front page of the internet is one of the most popular social media platforms that is used by millions of users. Anything that you can think of has a subreddit. Reddit makes it easier to interact with like-minded people on the internet. 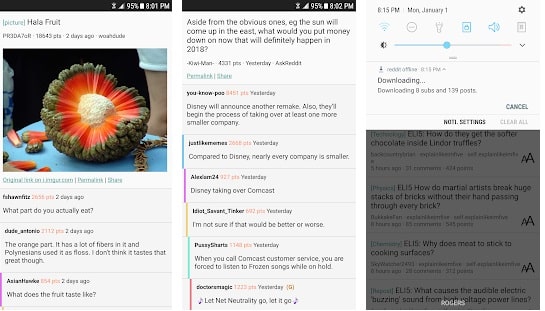 The UI of Reddit Offline is fairly clean & simple and the app allows users to schedule their downloads. 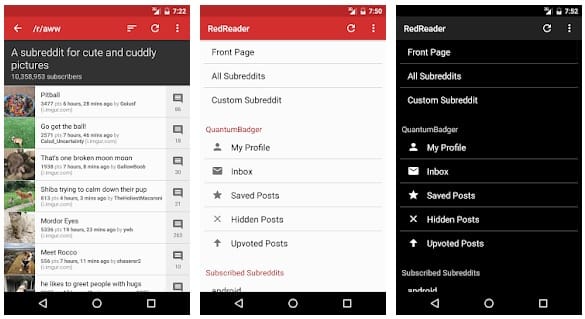 RedReader is the next best Reddit app for Android. This opensource Reddit app supports multiple accounts and allows users to customize swipe actions for upvoting or downvoting posts.

RedReader also has a dark mode which might interest some users. Overall, RedReader is a reliable Reddit app that simply gets the job done. 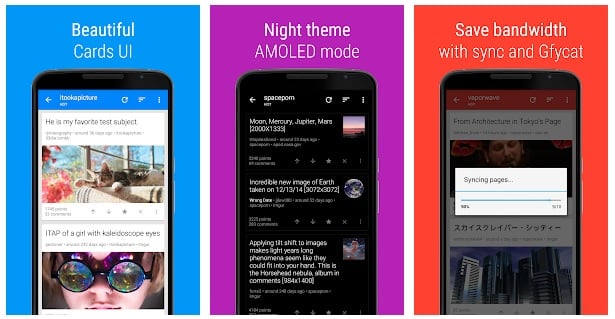 The next best Reddit app for Android is Sync for Reddit. This feature-rich Reddit app has a very well-developed material UI and the app can be personalized using customization tools. Similar to RedReader, the dark mode helps preserve some battery on AMOLED displays.

Sync for Reddit also supports multiple accounts and the multi-window feature helps users to open multiple subreddits at once. 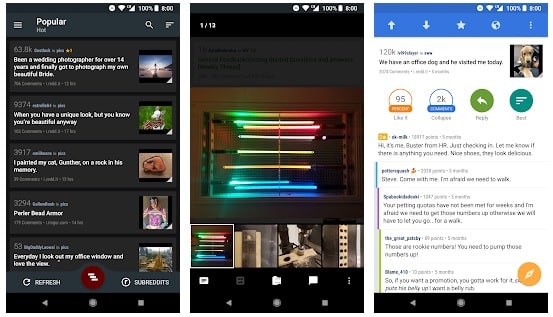 Relay for Reddit is another reliable Reddit app for Android. If you prefer using a card-based interface then the material design of this app might impress you. The app also has a dedicated section for trending posts on Reddit.

Inline previewing, moderator features, dark mode, extensive customization tools are some of the nifty features that Relay for Reddit offers. 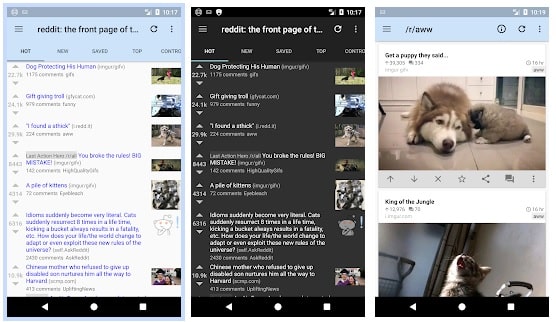 You can upgrade to the premium version if advertisements annoy you. Overall, Reddit is Fun is a reliable Reddit app. 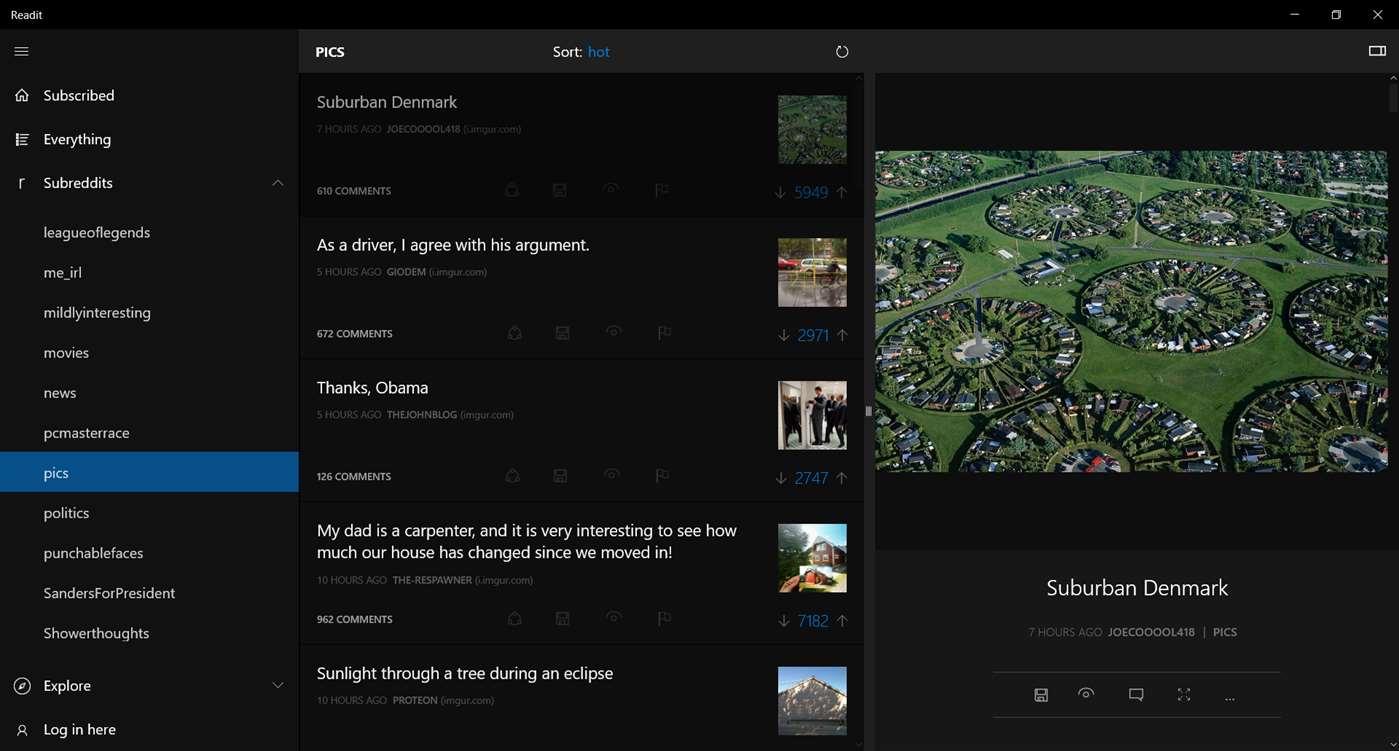 The first best Reddit app for Windows users on the list is Readit. Using Readit you can pin your favorite subreddits to your start screen for easy access. Readit has a very well developed UI and the app also offers customizable themes.

Gilded comments indicator, secondary tiles, detailed notification, and complete Reddit markdown support are some of the nifty features of Readit. 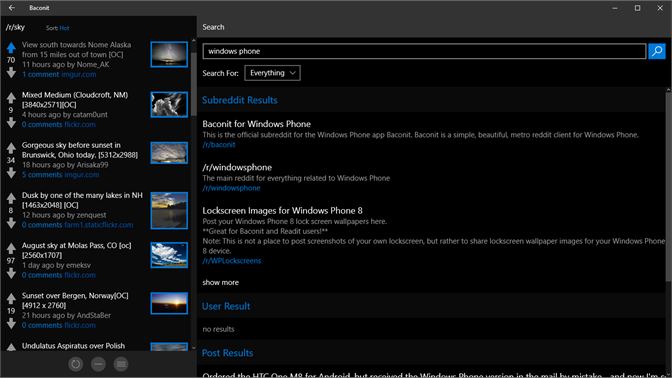 Baconit is one of the highest rated Reddit clients for Windows 10. The app packs every helpful feature that you can think of. Baconit is very well-optimized for Windows 10 devices and the app offers reliable performance. 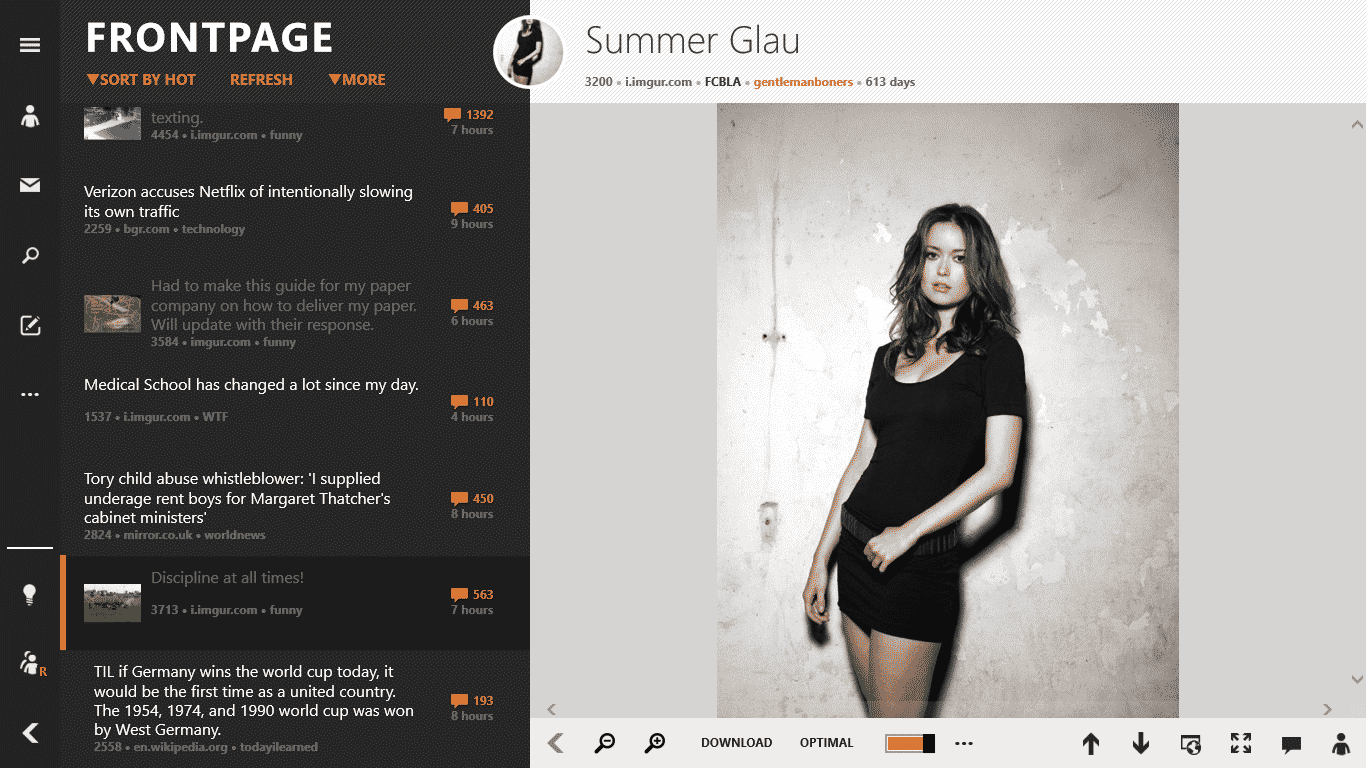 Reddit ReddHub is an underrated Reddit client for Windows. This fully featured Reddit client has a very well-developed and easy to navigate UI. ReddHub has every basic feature that makes browsing Reddit a breeze.

In addition to that, the app integrates with Windows search and share. Lastly, detailed notifications allow users to perform certain actions without opening the app. 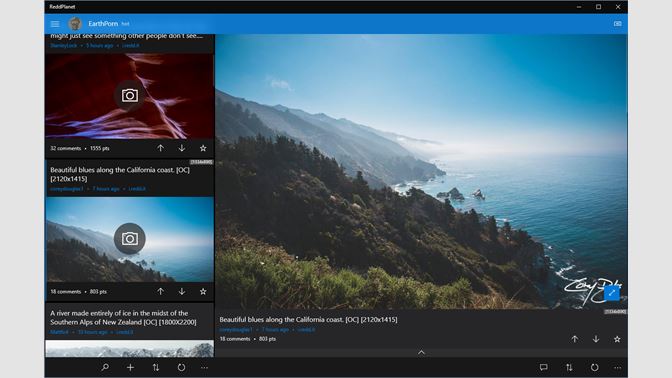 ReddPlanet is a comparatively new yet feature-rich Reddit client for Windows 10 devices. The UI of this Reddit client can be easily navigated with a keyboard and it’s completely ad-free.

As for downsides, ReddPlanet doesn’t support multiple accounts. Overall, it’s a good Reddit client that simply gets the job done. 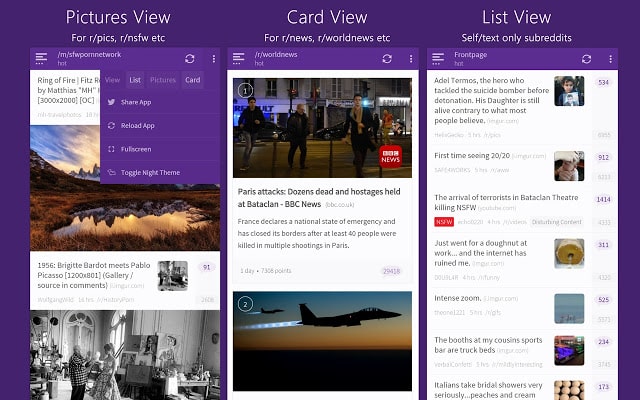 In addition to windows, you can also download Reddify on google chrome web browser.