Have you kept your digital will ready, as about 8,000 Facebook users die daily

Facebook will have more profiles of dead people than those of alive users by the end of this century. The social media giant, which currently has over 2 billion users worldwide, is set to become the world’s ‘biggest virtual graveyard’ by 2098, as nearly 8,000 Facebook users die every day.

Currently, when a user dies on Facebook, it refuses to delete dead users automatically and instead turns the account into a “memorialized” version. The only way that one can delete the account of a dead person is for someone to log in with the password and close it down. However, those accounts that are handled by someone else continues to remain on the site.

In such a scenario, what happens to our digital possessions once we die? Basically, these situations should make digital platforms realize the need to transfer digital assets, such as personal photos, videos and friendly posts to the family once a Facebook user is no more.

“When someone dies leaving behind his email and social media accounts, the same are movable property and that being so, any heirs of the concerned person can seek right to access the same,” says Pavan Duggal, one of the nation’s top cyberlaw experts.

Facebook allows users to appoint a “Legacy Contact” before they die, which can either be a family member or a friend. “Once someone lets us know that a person has passed away, we will memorialize the account,” says Facebook.

Once the user passes away, the legacy contact can manage the page by writing a post to display at the top of the memorialized Timeline. The contact can even approve new friend requests, update cover and profile photo. If one wants, he or she may give legacy contact permission to download an archive of the photos, videos, wall posts, profile and contact info, friends list, and events they shared on Facebook.

However, the legacy contact, will not be able to log in as the deceased user or read that person’s private messages, or remove any of his or her friends or make new friend requests. Alternatively, one can notify Facebook about the member’s death and request for the account to be permanently deleted.

A “digital heir” can keep precious social media moments of the deceased and gift those to future generations via tools such as an external hard disk, Cloud storage, pen drive or DVDs. The said heirs can ask the digital/social media companies to get access after giving the necessary proof.

For instance, Google, owner of Gmail, YouTube and Picasa web albums, has an “Inactive Account Manager” feature that allows you to inform Google what to do with your data after you pass away, whether you want to share it with family and friends or delete it altogether.

It allows a user to propose who has access to his or her information. If a user’s account has been inactive for a while, their accounts can be deleted or shared with a nominated person.

According to Twitter, “In the event of the death of a Twitter user, we can work with a person authorized to act on behalf of the estate or with a verified immediate family member of the deceased to have an account deactivated.”

Instagram too like Facebook memorializes accounts. However, they cannot be changed and no one can log into the profile. It instead asks the deceased user’s friends and relatives to get in touch with them via email and notify them that the user is no more and submit proof of death. On the other hand, Apple iCloud and iTunes accounts are “non-transferable”, which means that when a user is no more, any rights to information to his or her account cease.

Facebook Is Testing VR Ads In Its Oculus Quest Headset 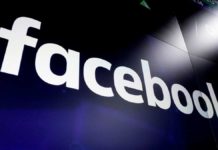 Facebook Working On Its First Smartwatch To Be Launched Next Summer