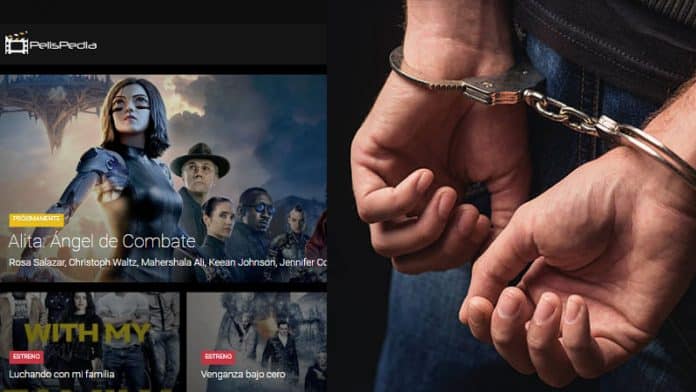 Pelispedia.tv, one of the most popular streaming sites in Latin America, was shut down after Uruguayan authorities arrested the operators following a raid on their house, reports TorrentFreak. The U.S. authorities also seized several assets of the operators in the raid.

Following the arrests, Pelispedia.tv remained online initially but now it is no longer available. However, it’s sister site Pelisplus is still accessible but is also expected to shut down.

The arrest of the operators who are a couple from Uruguay was the result of a collaborative effort by Interpol, Alliance for Creativity and Entertainment (ACE), and Uruguayan authorities. Following a referral from Hollywood’s MPAA (Motion Picture Association of America), the U.S. Trade Representative had recognized Pelispedia.tv as an infamous pirate site just a few weeks ago.

According to Uruguayan prosecutor Monica Ferrero, the alleged operators are charged with “a continuing offense of making available a digital broadcast for profit without the written authorization of their respective holders or successors, and a crime of money laundering.”

Apparently, the couple had no other employment and approximately made $5,000 per month from the piracy business. Besides arresting the pair, several assets were also seized, which included hardware, $1,257 in cash, two Payoneer cards, a 2008 Peugeot, and a 2014 Volkswagen.

“We thank Interpol, the Uruguayan police, and prosecutors for their leadership in this important action against a major illegal streaming service operator,” ACE spokesperson Richard VanOrnum said reacting on the news.

Charles Rivkin, Chairman and CEO of MPAA agrees and views the shutting down of Pelispedia.tv as another example of ACE’s successful and continuing global effort to reduce piracy around the world.

“Each time we collaborate with law enforcement authorities to disrupt major piracy operations like Pelispedia.tv, we support the millions of people around the world working in the film and television industry and the dynamic legal marketplace for creative content,” Rivkin notes.

The local media who are referring the arrested couple by their initials JAGR and MJHG will remain in custody for 30 days. Also, a court specialized in organized crime will take a closer look at the accusations made in the couple’s case.