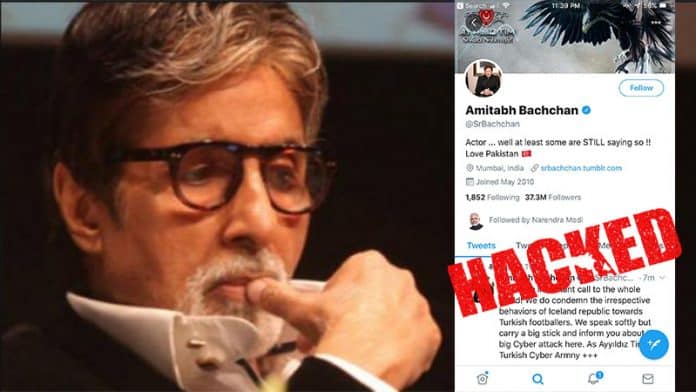 A group of hackers going by the twitter name ‘Turkish Cyber Armny’ earlier today hacked the twitter account of Amitabh Bachchan, one of the most popular stars in the history of Indian cinema.

Hacker’s changed Sir Bachchan’s twitter DP with that of Pakistan’s prime minister Imran Khan and replaced the cover photo with that of their hacking group.

The bio was also changed to “Actor … well at least some are STILL saying so !! Love Pakistan”.

Your account has been hacked by the Turkish Cyber Army Ayy?ld?z Tim. Your DM correspondence and important data have been captured! pic.twitter.com/EYjp4AwbmF

Hackers have used Sir Bachchan’s Twitter account to express their thoughts over the behavior of Iceland towards Turkish footballers. 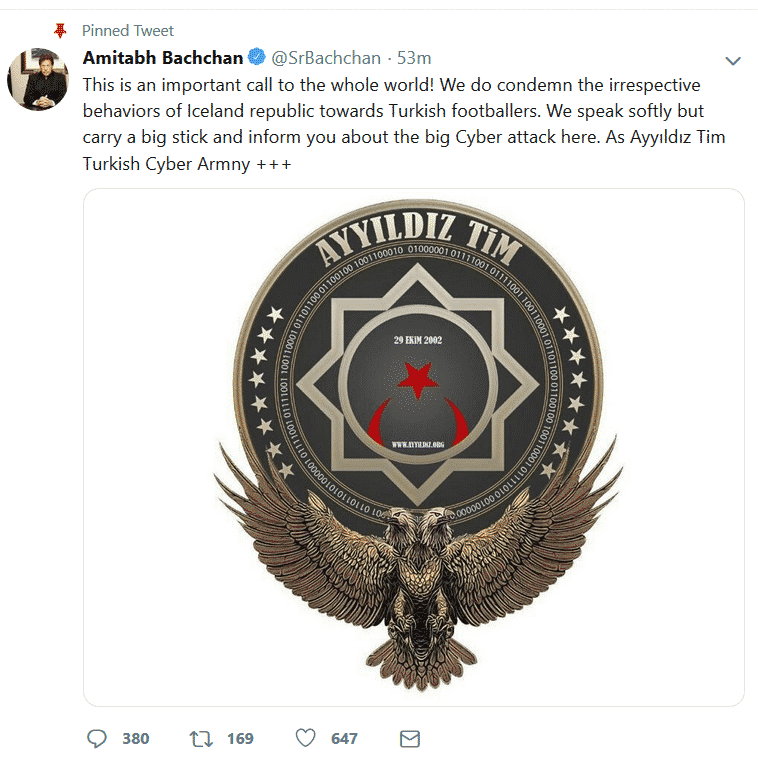 The hacking group also mocked India in one of their tweets,

At the time of writing the article, twitter account seems to have been recovered. Additionally, all three tweets have been successfully removed.

This is a developing story…