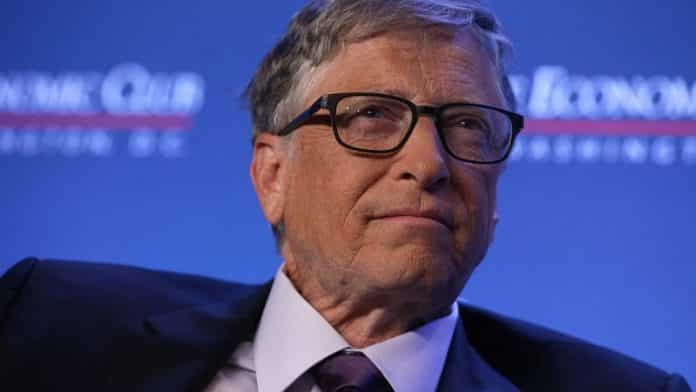 In a recent interview at Village Global, a venture capital firm, Microsoft’s co-founder Bill Gates revealed that missing the Android opportunity to Google was his “greatest mistake ever”.

Gates said that by allowing Google to develop Android even before Microsoft could develop a competing mobile operating system cost the company nearly $400 billion.

“In the software world, particularly for platforms, these are winner-take-all markets. So the greatest mistake ever is whatever mismanagement I engaged in that caused Microsoft not to be what Android is. That is, Android is the standard non-Apple phone platform. That was a natural thing for Microsoft to win,” Gates told Eventbrite co-founder and CEO Julia Hartz.

“If you’re there with half as many apps or 90 percent as many apps, you’re on your way to complete doom. There’s room for exactly one non-Apple operating system and what’s that worth? $400 billion that would be transferred from company G (Google) to company M (Microsoft),” he highlighted.

Gates also partially blames Microsoft’s lengthy antitrust battle with U.S. authorities in the early 2000’s that allowed Google to get ahead.

We were in the field of doing operating systems for personal computers. We knew that mobile phones would be very popular,” Gates said.

“We missed being the dominant mobile operating system by a very tiny amount. We were distracted during our antitrust trial. We didn’t assign the best people to do the work.”

He added that the failure in mobile was “the biggest mistake I made” at Microsoft because it was “clearly within our skill set.”

“We were clearly the company that should have achieved that, and we didn’t. Android is a huge asset for Google.”

Despite Gates’ blunder, Microsoft is currently the world’s most valuable company with a market capitalization of over $1 trillion.

“It’s amazing to me, having made one of the greatest mistakes of all time…our other assets like Windows and Office are still very strong, so we are a leading company. If we had gotten that one right, we would be the leading company, but oh well,” he added.

Gates also praised the current chief executive Satya Nadella for helping reshape Microsoft and bringing it to the position where it is today.

He, however, pointed out Microsoft along with other big software firms made a mistake by allowing Amazon to become the top cloud computing firm through its Amazon Web Services (AWS) platform.

“It is a surprise and it’s a huge credit to (Amazon CEO) Jeff Bezos and his team that they got out in front and with AWS did the best cloud product,” Gates said.

“Today Microsoft is a strong number two… (but) there are many companies including Microsoft that should feel bad” for not being able to get ahead of Amazon in the cloud.