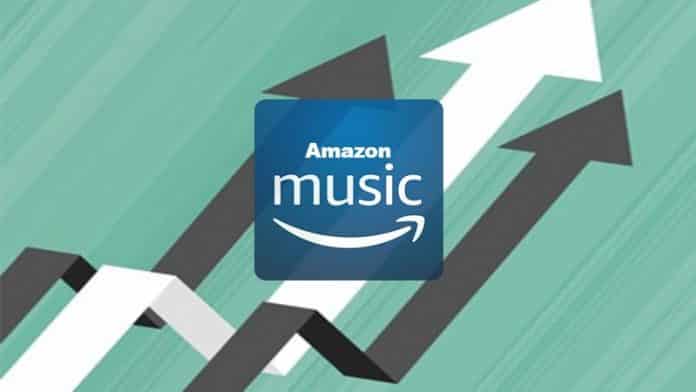 Amazon Music Unlimited reportedly grew 70% over the past year, says a report

Amazon Music Unlimited is the fastest-growing music service outpacing market leaders Spotify and Apple Music, according to a recent report from the Financial Times based on Midia Research data.

The number of people subscribing to Amazon Music Unlimited has grown by about 70% in the last year versus its more well-known competitors, Spotify or Apple Music.

In comparison, Spotify, the world’s dominant and largest streaming service with 100-million paid subscribers, is growing at a slower rate of around 25 percent a year.

“Amazon is the dark horse [in music],” Midia Research analyst Mark Mulligan told the Financial Times. “People don’t pay as much attention to it [as to Apple and Spotify], but it’s been hugely effective.”

Although, Amazon launched its music service in 2016, two years after Apple Music launched, the former has seen huge growth over its competitor. Last month, Apple’s Services VP Eddy Cue confirmed that Apple Music now has over 60 million paid subscribers in the world.

According to the report, Amazon Music’s growth can be attributed to the integration of the inexpensive Alexa/Echo smart speaker technologies.

“Amazon has gained momentum in recent months, propelled by its ubiquity with consumers and Alexa, its popular intelligent assistant, which can play music through voice commands issued to its wireless Echo speaker,” the report says. “‘[Amazon] has gone all in on [music],’ said a senior music executive at one of the major record labels. ‘We see high engagement on their service.’”

Steve Boom, the vice president of the Amazon Music Unlimited service, told the Financial Times that their service is popular among the record-store generation. For instance, only five percent of Spotify’s subscribers are 55 years or older, while Amazon Music has around 14 percent subscribers in the same age bracket.

“We’re not battling for the same customers as everyone else,” Boom confirmed. “For the industry to reach its full potential, we can’t just look at 15- to 22-year-olds.”

Also, having subscription costs that are lower than the competitors have contributed to the surge in Amazon Music users. While Amazon Music Unlimited subscription is priced at $10, Prime Members are charged $8 and Echo device users only have to pay $4.

Additionally, Amazon had launched a free version of its Music Unlimited service earlier this year to add more new customers to its streaming service.