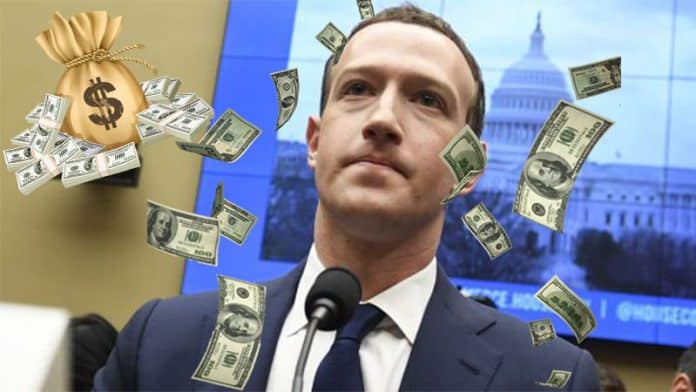 The U.S. Federal Trade Commission (FTC) on Wednesday imposed a record-breaking $5 billion fine on Facebook to resolve a government investigation into the social media giant’s involvement in the Cambridge Analytica scandal and other privacy violations.

The settlement also requires Facebook to “submit to new restrictions and a modified corporate structure.”

The FTC said the penalty was the largest ever imposed on any company for violating consumers’ privacy and one of the largest penalties ever assessed by the US government for any violation.

“Despite repeated promises to its billions of users worldwide that they could control how personal information is shared Facebook undermined consumers’ choices,” said FTC Chairman Joe Simons, a Republican, in a statement.

The FTC voted 3-2 along party lines to approve the settlement.

“The magnitude of the $5 billion penalty and sweeping conduct relief are unprecedented in the history of the FTC. The relief is designed not only to punish future violations but, more importantly, to change Facebook’s entire privacy culture to decrease the likelihood of continued violations,” Joe added while explaining that the penalty was sufficient to address concerns over Facebook’s misuse of personal information.

However, two Democratic members of the five-member FTC dissented to the settlement deal saying that the penalty was insufficient.

“The proposed settlement does little to change the business model or practices that led to the recidivism,” Democratic FTC Commissioner Rohit Chopra said.

“The settlement imposes no meaningful changes to the company’s structure or financial incentives, which led to these violations. Nor does it include any restrictions on the company’s mass surveillance or advertising tactics.”

He added that the penalty offers “blanket immunity” for Facebook executives “and no real restraints on Facebook’s business model” and does “not fix the core problems that led to these violations.”

As part of the deal, Facebook will be required to create an independent privacy committee within its board of directors by an independent nominating committee. This would remove “unfettered control by Facebook’s CEO Mark Zuckerberg over decisions affecting user privacy,” the FTC statement said.

Under the agreement, Zuckerberg and staff are required to regularly submit certifications to the FTC to prove that it is in compliance with the privacy program.

Further, Zuckerberg and other Facebook executives must sign quarterly certifications to attest that the company is abiding by stipulations.

Zuckerberg or others filing a false certification would be subject civil and criminal penalties, the FTC said.

“We’ve agreed to pay a historic fine, but even more important, we’re going to make some major structural changes to how we build products and run this company,” Zuckerberg said in a statement.

“We have a responsibility to protect people’s privacy. We already work hard to live up to this responsibility, but now we’re going to set a completely new standard for our industry.”

Facebook lawyer Colin Stretch said the agreement “will require a fundamental shift in the way we approach our work and it will place additional responsibility on people building our products at every level of the company. It will mark a sharper turn toward privacy, on a different scale than anything we’ve done in the past.”

The company hopes that the agreement, which needs greater accountability than is currently required under U.S. law, will be “a model for the industry.”