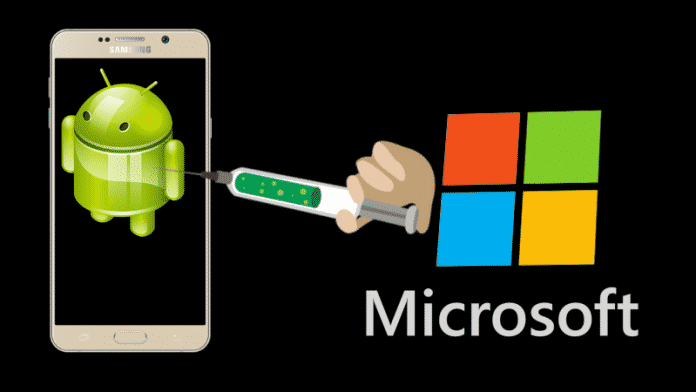 Microsoft is invading Android apps with adverts for its other apps

Microsoft has been using the ‘Share’ and ‘Open’ menu within its Android apps to show subtle adverts for its other applications.

By doing so, the Redmond-based tech giant is attempting to convince its users to install other apps developed by them if they are not already installed on the user’s smartphone.

Android Police discovered that while trying to share images using a Microsoft app, the Share menu now is advertising an option to share the images using OneDrive, even if it is not installed on the user’s device.

Tapping on that option, which typically includes the “Install” tag next to it will bring you to the Google Play Store, where you can download and install the app. The ad to install OneDrive when sharing images is shown if you have installed Your Phone Companion app on the device.

Similarly, ads have been injected into the “open with” menu on Android. For instance, if a user tries to open a file such as a .pptx, .xlxs, and .docx, user will be given the option to download Microsoft’s app such as PowerPoint, Excel, and Word, based on the file extension they are trying to open.

However, the behavior is seen only in some applications on the certain operating system. The advertising tactic is strictly limited on Android Q, with the Share menu displaying the name and icon of the current app instead of the one Microsoft is suggesting to install.

With the Android Share menu already pretty crowded, this shady advertising gimmick if picked up by other app developers would only lead to more cluttering of the Share menu.