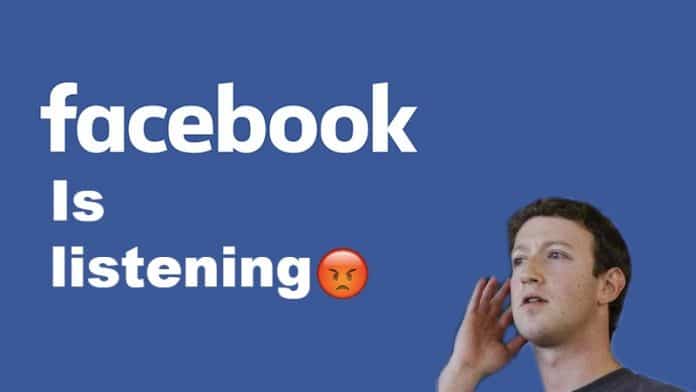 Bloomberg said the contractors working on the project were neither told where the audio was recorded nor informed how it was obtained.

The contractors were paid to listen in on countless private audio clips, sometimes occasional vulgar conversations among Facebook Messenger users. They were also not provided an explanation as to why they were doing the transcribing, which made them “feel their work is unethical.”

Facebook later acknowledged to Bloomberg that the human transcriptions were being used to test the ability of its automated speech recognition systems in interpreting messages.

However, the social media giant says it has stopped the practice of ‘human review of audio more than a week ago’ and no longer plans to do so. It also added that only those Facebook Messenger app users who had explicitly given permission to have their voice chats transcribed were affected.

Despite this, Facebook has never told users that third parties could review their audio.

While Facebook’s data-use policy that was revised last year does mention the collection of “content, communications, and other information,” it does not refer to audio recordings.

It also says it’s “systems automatically process content and communications you and others provide to analyze context and what’s in them,” which has no mention of other human beings screening the content. In a list of “types of third parties, we share information with,” Facebook doesn’t refer to a transcription team, but vaguely refers to “vendors and service providers who support our business” by “analyzing how our products are used.”

Not only Facebook, giant tech companies like Google, Apple, and Amazon too have been criticized for using human contractors to listen into user audio recordings from devices that use their respective voice assistants: Google Assistant, Siri, and Alexa.

While Google and Apple have since said they no longer participate in the practice, Amazon said it will give users the option to disable the use of their voice recording for human review.