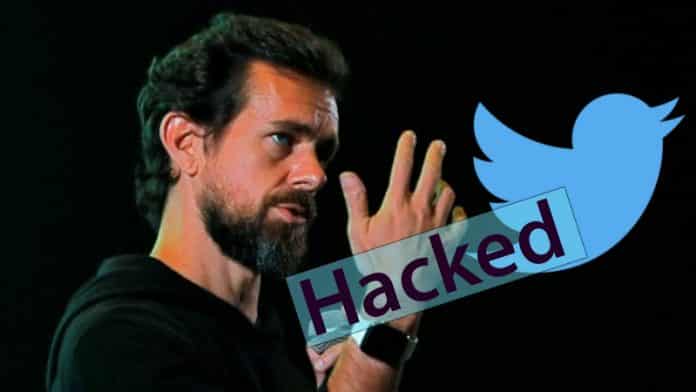 The Twitter account of the company’s Chief Executive Officer (CEO), Jack Dorsey was hacked and briefly hijacked on Friday afternoon.

Shortly after the incident, Twitter said, “We’re aware that @jack was compromised and investigating what happened.”

We're aware that @jack was compromised and investigating what happened.

After gaining control of Dorsey’s account, the hackers sent sexist, racist and vulgar tweets to his 4.2 million followers. The tweets also included messages such as “Hitler is innocent”, anti-Semitic comments, the hashtag #ChucklingSquad, N-word, and a link to a gaming chat application Discord called “Chuckle with us.”

The Discord chat, which was apparently set up by the group to discuss and joke about the attack. There was also a post, presumably a hoax bomb threat, which read: “Intel is there’s a bomb at Twitter HQ”.

However, Twitter regained control of Dorsey’s account within 30 minutes, and said that his “account is now secure, and there is no indication that Twitter’s systems have been compromised.”

Twitter attributed fault for the hack to Dorsey’s unnamed mobile operator for the incident. “The phone number associated with the account was compromised due to a security oversight by the mobile provider,” the company said in a statement.

“This allowed an unauthorized person to compose and send tweets via text message from the phone number. That issue is now resolved.”

All the tweets have been deleted and they are all gone now. Twitter also suspended accounts that the hacker or hackers retweeted while they had control of Dorsey’s account.

The tweets sent from Dorsey’s account indicated that a group called “Chuckling Squad” was likely responsible and tweeted: “#ChucklingSquad get it trending for the Twitter password.”

The tweets posted by the hackers were made from a service called Cloudhopper, an app Twitter acquired in 2010 that uses SMS, the most widely used type of text messaging. While it’s unclear, Cloudhopper could have had a flaw, which allowed the hackers to hijack or spoof the phone number linked to Dorsey’s Twitter account, and then simply tweet via SMS. Meanwhile, there is no confirmation from Twitter if the hack took place via Cloudhopper.