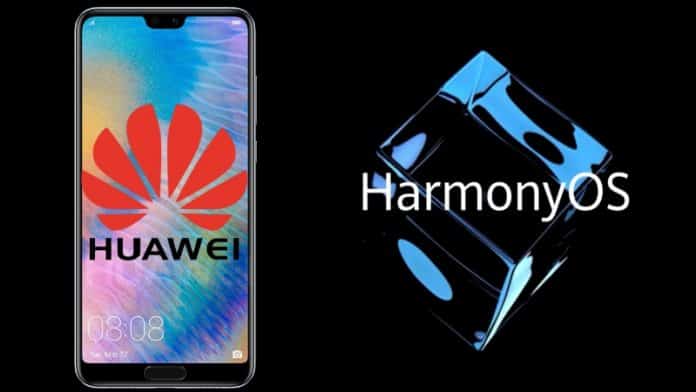 “We’re entering a day and age where people expect a holistic intelligent experience across all devices and scenarios. To support this, we felt it was important to have an operating system with improved cross-platform capabilities. We needed an OS that supports all scenarios, that can be used across a broad range of devices and platforms, and that can meet consumer demand for low latency and strong security,” Richard Yu, CEO of Huawei’s Consumer Business Group said while revealing the OS.

“These were our goals with HarmonyOS. HarmonyOS is completely different from Android and iOS. It is a microkernel-based, distributed OS that delivers a smooth experience across all scenarios. It has a trustworthy and secure architecture, and it supports seamless collaboration across devices. You can develop your apps once, then flexibly deploy them across a range of different devices.”

Harmony OS is a microkernel-based operating system, just like Google’s rumored Fuchsia OS, which will work across several devices without compromising the security. However, the company quickly pointed out that Harmony OS was not meant to replace Android on smartphones.

Huawei confirmed that the OS will be locked, i.e, users won’t have root-level access, which is a security threat for any device running Android.

Over the next three years, HarmonyOS will be improved and gradually adopted across different devices from smartphones to smart speakers to sensors and also across a broader range of smart devices, including smart TVs, wearables, smart screens (Huawei Vision), and car head units.

When questioned whether HarmonyOS can be used in its smartphones, Yu said some features of the OS has already been used in its premium smartphone models and other devices.

“Of course, it can be used in smartphones. But Android is still Huawei’s preferred choice for handsets, given the status-quo ecosystem. However, when Android is not available, Harmony can be applied to smartphones immediately,” Yu added.

The company wants to build HarmonyOS into the most open OS and ecosystem, as it has plans to open-source HarmonyOS in the near future. To start with, HarmonyOS will initially launch the OS in China and then expand it further to the global ecosystem.

For those unaware, in May, Huawei was swept into the trade war between Beijing and the U.S., where the latter had placed the company on its so-called Entity List. While Huawei had started working on the new OS two years ago, the trade tiff prompted the company’s engineers and software programmers to accelerate the process of developing HarmonyOS, as an alternative to Google’s operating system, Android.

“If we can’t use Google’s Android anymore, we can use our own OS anytime if needed,” Yu said. “In contrast to Android and [Apple’s] iOS system, HarmonyOS was developed for the future. You can develop your apps, then flexibly deploy them across a range of different devices.”

Huawei claims that a version 2.0 of HarmonyOS will be available next year, which will be followed by version 3.0 in 2021. While the company has the option to migrate to HarmonyOS in 1-2 days, Huawei has decided on sticking to Android OS for now, keeping in mind the interests of its current partners who are dependant on Android.