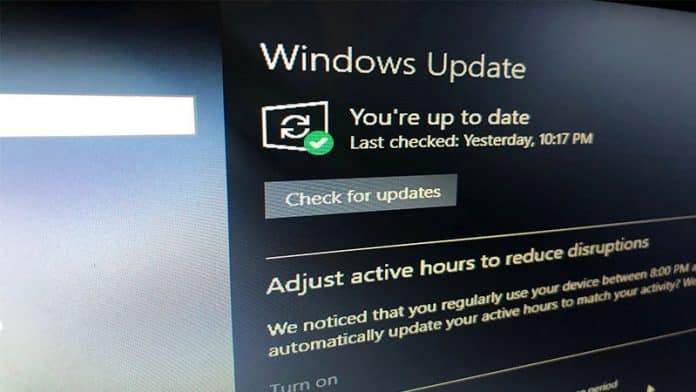 Microsoft released the KB4512508 update for those on the Windows 10 May 2019 Update (version 1809) as part of this month’s Patch Tuesday on August 13th. However, several users on a Reddit thread and on a Microsoft community forum reported that the update failed to install on their PCs.

Some users reported that they were unable to install the released patches, while some complained of facing random restarts after installing the update. This issue also affects users of Windows 10 version 1903.

“Screen goes black, PC shuts down. PC restarts, and goes straight to Desktop. As though it were just restarting normally, were it not for the fact that it doesn’t wait for programs to close before doing so. I don’t have a login or anything, and it doesn’t go to BIOS either. There’s no way to diagnose this as it is completely sudden and without warning. 100% a problem caused by a recent Windows patch,” one user noted.

“I also started getting random unexpected restarts since going to 1903 this weekend. Can’t figure out what’s happening,” wrote another user.

“Since 1903 my PC keeps randomly restarting. There’ll be a small freeze that lasts a couple of seconds, and then it restarts automatically,” says one Redditor about the random restarts.

Microsoft has yet to officially comment on these errors. It’s unclear how many devices are affected by the issue.