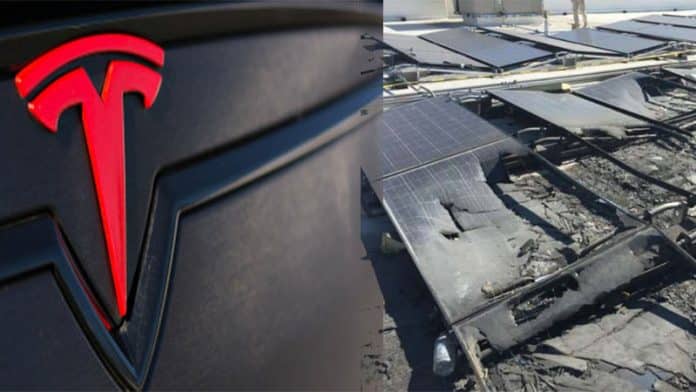 Walmart Inc. on Tuesday sued Tesla Inc. over repeated rooftop solar panel fires that took place in at least seven of its stores between 2012 and 2018.

In a lawsuit filed in the New York state court, the world’s largest retailer accuses the electric car company of “widespread, systemic negligence” and has “failed to abide by prudent industry practices in installing, operating, and maintaining its solar systems.”

Walmart has asked the court to force Tesla to remove solar panels from more than 240 of its stores in the U.S. These stores include those in Denton, Maryland and Beavercreek, Ohio.

“This is a breach of contract action arising from years of gross negligence and failure to live up to industry standards by Tesla with respect to solar panels that Tesla designed, installed and promised to operate and maintain safety on the roofs of hundreds of Walmart stores,” according to the complaint filed on Tuesday.

“To state the obvious, properly designed, installed, inspected, and maintained solar systems do not spontaneously combust, and the occurrence of multiple fires involving Tesla’s solar systems is but one unmistakable sign of negligence by Tesla.”

Further, the solar energy systems installed and maintained by Tesla had dozens of dangerous problems such as loose wiring and “hot spots” on panels, which were responsible for the fire at the stores, alleges Walmart.

“The number of defects, however, is overwhelming and plainly indicative of systemic, widespread failures by Tesla to meet the standard of care, as set forth in the governing contracts, as to the solar systems installed at Walmart’s stores,” the lawsuit added.

The store also accused Tesla of regularly deploying untrained workers “who lacked basic solar training and knowledge to inspect the solar systems”, which eventually worsened the entire situation. This shows Tesla’s “utter incompetence or callousness, or both,” claims Walmart in the lawsuit.

The fires caused significant damage to Walmart’s store merchandise and caused millions of dollars in damage. The retailer wants Tesla to pay damages related to all the fires caused due to Tesla’s faulty solar panels. Although the size of the damage is unknown, one of the fires led to a store in Ohio being closed for eight days.

Tesla has not yet responded on the matter.