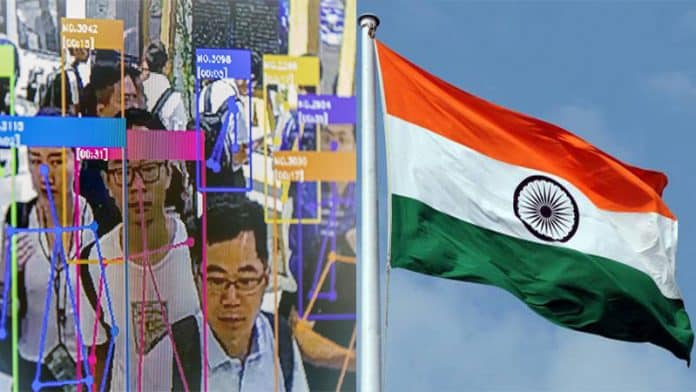 India is planning to emulate China by setting up one of the world’s largest facial recognition systems for surveillance companies in a bid to improve policing throughout the country, reports Bloomberg.

The government led by Prime Minister Narendra Modi will open the bidding next month to build a system to centralize facial recognition data captured through surveillance cameras across India. The proposed system would link up with government databases containing information such as passports details to fingerprints of millions of citizens to help India’s understaffed police forces to catch criminals, find missing individuals and dead bodies, and carry out other important tasks.

According to the government, there is only one officer for every 724 citizens, which is way below global standards. The facial recognition market in India is expected to increase six-fold and reach $4.3 billion by 2024, nearly on par with China, according to TechSci Research.

While the new system is designed to help improve the effectiveness of the world’s most undermanned police staff, the move has been objected by many Indian privacy advocates. They are suspicious about the government’s ability and willingness to ensure data privacy of its citizens, as there are no data privacy laws in place in the country.

“We’re the only functional democracy which will set up such as system without any data protection or privacy laws,” said Apar Gupta, a Delhi-based lawyer and executive director of the Internet Freedom Foundation. “It’s like a gold rush for companies seeking large unprotected databases.”

Besides the fear of the new system leading to a Chinese-style Orwellian state, privacy advocates also believe that it would lead to rise in discrimination against the country’s minority groups and lower caste members.

Not much information is currently available regarding companies that may bid on the facial-recognition system. The government has yet to officially respond to the new system.