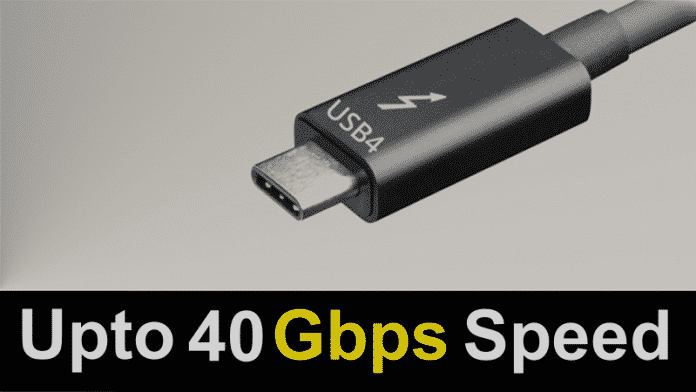 USB Implementers Forum (USB-IF), the support organization for the advancement and adoption of USB technology, yesterday published the official USB4 specification, which is based on Thunderbolt 3.

“The USB4 specification is a major update to deliver the next-generation USB architecture that complements and builds upon the existing USB 3.2 and USB 2.0 architectures,” the organization announced. “The USB4 architecture is based on the Thunderbolt protocol specification recently contributed by Intel Corporation to the USB Promoter Group. It doubles the maximum aggregate bandwidth of USB and enables multiple simultaneous data and display protocols.”

The USB4 specification was first revealed by the USB Promoter Group in March this year. Compared to USB 3.0, USB4 will increase transfer speeds and use the USB-C physical interface. USB4 offers twice as much bandwidth as USB 3.2 and supports data transfer speeds up to 40 Gbps when using appropriately certified cables.

Key features of the USB4 solution include:

It must be noted that the speed of USB4 matches Thunderbolt 3’s, which also offers up to 40Gbps transfer rates.

Further, USB4 device manufacturers will be required to include USB Power Delivery (USB-PD) technology in devices built for USB4 to regulate device charging.

The upcoming USB Developer Days 2019 is expected to give manufacturers using USB more information about the standard in USB4. Further, one can expect new USB4-based devices to hit the markets as early as mid-2020.