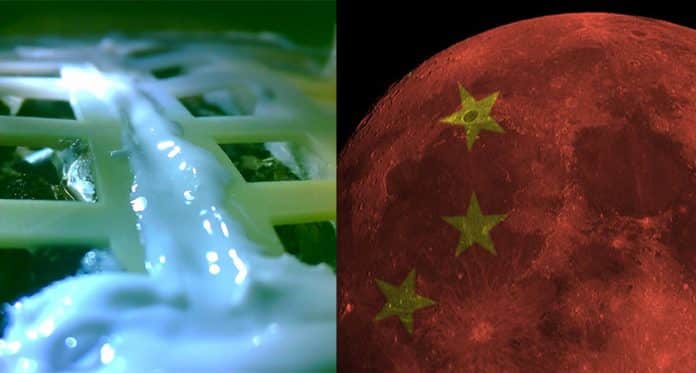 China successfully grows cotton on the far side of the moon

China took a big step in space exploration by becoming the first country to grow a cotton plant on the far side of the moon, according to IEEE Spectrum. Liu Hanlong of Chongqing University, which led the biological experiment, released a 3D reconstructed image showing two green cotton leaves grown on the lunar surface.

The cotton seeds were placed inside an apparatus that were sent as a part of the experiment on China’s Chang’e 4 spacecraft. For those unaware, Chang’e 4 was a robotic spacecraft mission that achieved the first soft landing on the far side of the Moon on January 3, 2019.

The experiment began shortly after China’s Chang’e-4 spacecraft landed on the far side of the moon on January 3rd. The team had installed a sealed canister on the lander of the Chang’e-4 probe that contained the seeds of cotton, rapeseed, potato and Arabidopsis, as well as eggs of the fruit-fly and some yeast, to form a simple mini biosphere – an artificial, self-sustaining environment. The cylinder canister, made from special aluminum alloy materials, weighed 2.6 kg and contained water, soil, air, two small cameras and a heat control system.

Except for cotton plant, none of the other biological organisms survived with the arrival of the first lunar night. While cotton plant yielded positive results by growing two cotton leaves, they too were dead within one lunar daytime, or around 14 and a half Earth days. Nevertheless, the team continued with the experiment through May in order to test the life span of the apparatus.

Originally, the Chinese scientists had plans to send a small tortoise to the moon to learn how animals are affected by lunar gravity. However, the fall in temperatures and the limited oxygen supply on the moon put restraints on the mission, thereby, not allowing them to pursue it further.

“Even though it is very meaningful to choose tortoise, the oxygen inside the payload can only be used for about 20 days for turtles,” Xie Gengxin of the advanced Technology Research Institute at Chongqing University, who led the design of the experiment, said while explaining why the idea was dropped.

Xie and his team have plans to send more complex animals in the future experiments, likely in Chang’e-6, a Chinese lunar sample return mission that is scheduled to take place in the early 2020s.

This is not the first time plants have grown in space. In the past, scientists have successfully grown plants in lower-earth orbit on the International Space Center, China.