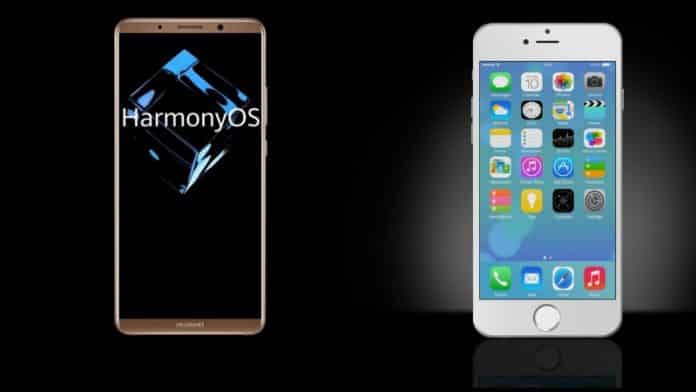 HarmonyOS Will Compete With iOS in 2 Years, says Huawei CEO

In August this year, Huawei Technologies Co., the Chinese tech-giant, had unveiled its much-anticipated in-house operating system, HarmonyOS (called HongMeng in China) for smartphones and IoT devices at its annual Developer Conference in Dongguan City.

Although HarmonyOS may not be entirely ready yet for commercial purposes, Huawei’s founder and CEO, Ren Zhengfei, has, however, claimed that its internal OS should be ready for competition with Apple’s iOS in just two years.

“I think it will take less than two to three years. Since I’m part of the company’s leadership, I need to be a bit more conservative when discussing timelines. Otherwise, I may end up putting too much pressure on our staff,” Zhengfei had said in an interview with the Fortune Magazine back in September.

For those unaware, Huawei was swept into the trade war between Beijing and the U.S. in May 2019, where the latter had placed the company on its so-called Entity List. While Huawei had started working on its internal OS two years ago, the trade tiff prompted the company’s engineers and software programmers to accelerate the process of developing HarmonyOS. Rumored to be an alternative to Google’s operating system, Android, the OS was originally designed to run on smartwatches and speakers, but it also expected to run on smartphones and in vehicles.

According to a new report Counterpoint, HarmonyOS is expected to outdo Linux to become the fifth-largest operating platform across devices. The report also added that by the end of this year, its share in China will reach 0.1 percent and 5 percent by the end of 2020.

However, the blacklisting saw a decrease of $10 billion in the company’s expected sales revenue, as Huawei was unable to use Google’s products in their smartphones.

Despite restrictions, Huawei posted an aggregate revenue of 401.3 billion yuan ($58.3 billion) in the first half of 2019, marking a 23.2 percent year-on-year increase.

When asked about the future of Google and Huawei, Zhengfei said that his company hopes to continue doing business with the search giant if the ban was ever lifted.

“We still hope to continue to use Google’s operating system, and we remain committed to friendly cooperation with Google. We need to further improve in terms of software. we’re somewhat weak when it comes to big software architecture, but we are the world’s strongest player in embedded software that is built into hardware systems. We need to improve our software capabilities. Working on a big operating system is difficult, but we are confident that we can do it. We are not just saying we are confident; we have already started preparing,” Zhengfei added.

While Huawei has already launched a smart TV named Honor Vision running its in-house operating system, the company has no plans to launch a smartphone with HarmonyOS this year or in the near future.

With trade restrictions still hovering over Huawei, it remains to be seen if the company would be forced to use its back-up variant, HarmonyOS in its future smartphones.