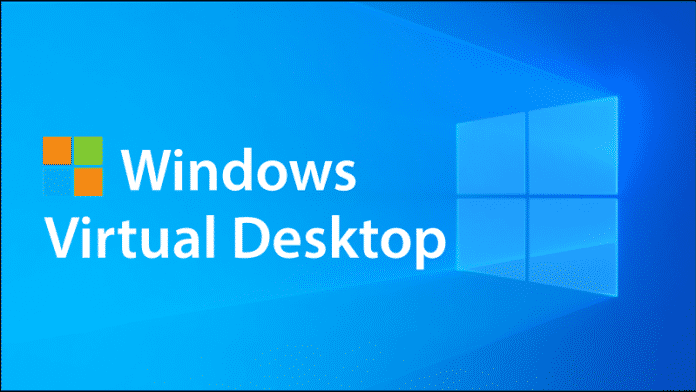 “We’re excited to announce that Windows Virtual Desktop is now generally available worldwide. Windows Virtual Desktop is the only service that delivers simplified management, a multi-session Windows 10 experience, optimizations for Office 365 ProPlus, and support for Windows Server Remote Desktop Services (RDS) desktops and apps. With Windows Virtual Desktop, you can deploy and scale your Windows desktops and apps on Azure in minutes,” announced Brad Anderson, Corporate Vice President for Microsoft 365, and Takeshi Numoto, Corporate Vice President for Microsoft Azure in a blog post on Monday.

For those unaware, Windows Virtual Desktop is a Microsoft Azure-based system for virtualizing its Windows operating system, providing virtualized applications and remote desktops over the Internet.

With support for Windows 7 ending on January 14, 2020, Microsoft provides Windows Virtual Desktop users the ability to virtualize their Windows 7 desktops, while using the free Extended Security Updates (ESU) until January 2023. This will be useful for companies who need to support their Windows 7 legacy applications while migrating to Windows 10.

“To help increase productivity, we invested heavily in the Office experience in a virtualized environment with native improvements, as well as through the acquisition of FSLogix. In July, we made the FSLogix technology available to Microsoft 365, Windows 10 Enterprise, and RDS customers. Today, all FSLogix tools are fully integrated into Windows Virtual Desktop, enabling you to have the smoothest, most performant Office virtualization experience available today,” the blog post explained.

“In addition to the significant architectural improvements for deployment and management, we’re also simplifying app delivery by supporting MSIX packaged apps to be dynamically “attached” to a virtual machine instead of installing it permanently. This is important because it significantly decreases storage and makes it easier for the admin to manage and update the apps while creating a seamless experience for the user.”

Microsoft is making Windows Virtual Desktop directly available, and also through its Cloud Service Providers (CSPs) and several partners, such as Citrix and VMware.

“General availability of Windows Virtual Desktop is just the beginning. We’ll continue to rapidly innovate and invest in desktop and app virtualization. We look forward to sharing more with you in the coming months,” the blog post concluded.