Tumblr, one of the largest microblogging, Image-board platforms, which garners over 400 million views allows its users to post photos, videos, and short text blogs.

It also allows you to manage your blog from a user-friendly dashboard and follow other blogs.

Micro-blogging took off when conventional blogging was just getting into the seasoned stage for users to express themselves.

The idea of blogging and instant messaging clubbed together became an instant hit with the soaring popularity of the likes of Twitter, 4Chan, and of-course Tumblr.

Earlier Tumblr was owned by Yahoo, but in 2017, it was sold to Verizon Media. Which later started implementing stricter policies on Tumblr.

It all started with an incident involving under-age NSFW content, which led to the Tumblr app being removed from the Apple iOS AppStore.

Following a few days later, Tumblr announced the ban on adult content in their blog announcement.

The Tumblr NSFW content fans and communities have reacted with deep regret, and a year later, they still struggle to rebuild the communities affected/removed due to the enforcement of the new rule and are looking for its alternatives. 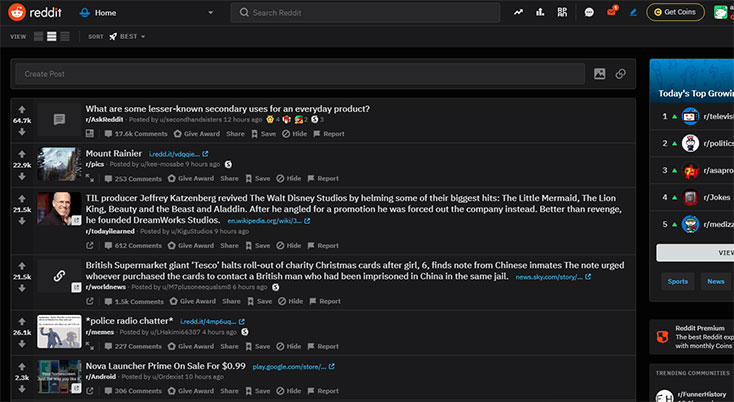 The front-page of the Internet, as everyone calls it. Reddit started with a simple link submission forum where users submitted third-party links with a custom title and the ability to comment, discuss the thread with other members. 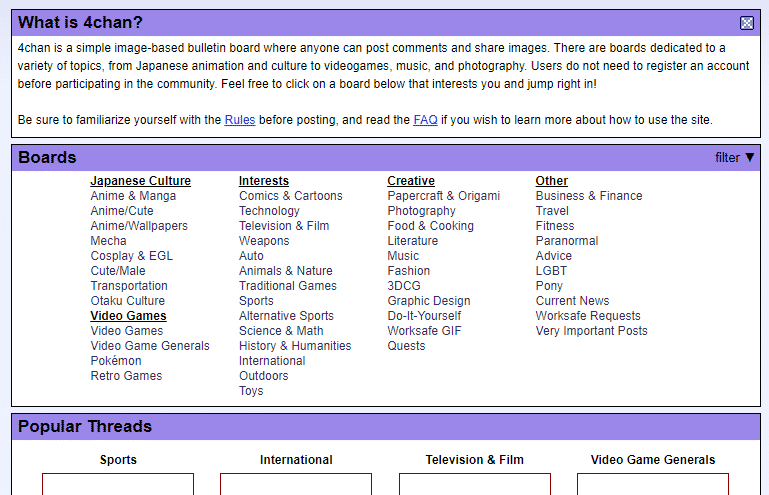 An anonymous posting based image-board website which started focusing primarily on Animes and the discussions around it.

The microblogging website later mushroomed into 72 topics, each having its own board. A board is a discussion thread on specific issues. New boards keep on adding from time to time on an experimental basis.

Users don’t need to register or create an account on the platform since posting is anonymous. However, if users wish to keep an identity tagged to their post and prevent impersonations, they can use trip code, which provides registration of sorts, or as FAQ section calls it “pseudo-registration.”

Filling captcha can be infuriating for religious users of 4chan. There is a 4chan pass available for users to buy for supporting the website. It cost $20 and provides limited privilege like bypassing typing a captcha, reduced post cooldown timers, and the ability to bypass country blocks(with IP range). 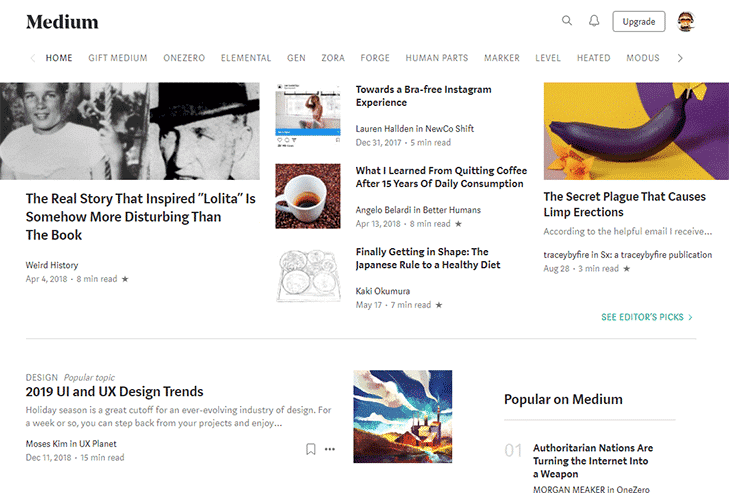 Medium.com was started by Evan Williams, the co-founder of Twitter and Blogspot. The online publishing platform aims to bring amateur and professionals on the same platform to whoever wishes to echo their voices and ideas.

The idea behind Medium is to keep it on the simpler side. Creating and publishing content via their editor is effortless, thanks to their clutter-free minimal editor. 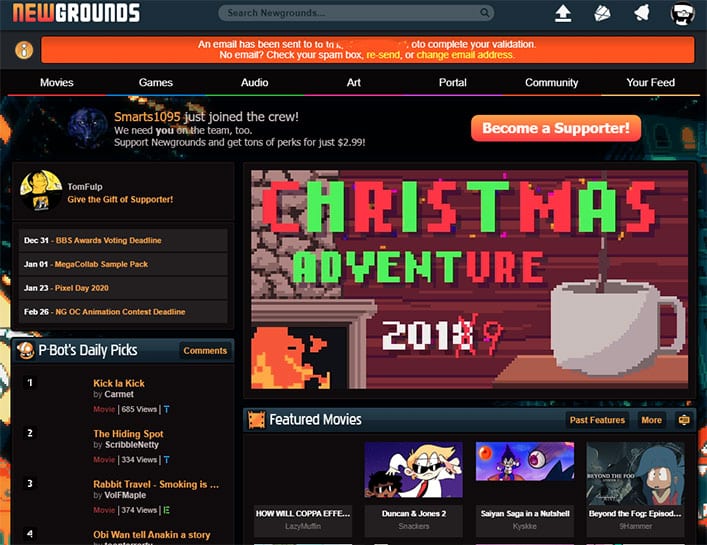 The oldest alternative to Tumblr and it has been around almost a decade before the micro-blogging site took-off. It started by the then-teenager founder Tom Fulp in the guise of a fanzine(a magazine by fans) to 100 odd subscribers, under the name New Ground Remix.

Pinterest is a visually driven social media-website that means that you need to post an image, video or GIF with the link to pin it(post) to the website.

When you share something on Pinterest, it is posted on the site as a pin as a social bookmark. Sharing someone else’s pin is known as repin. The website also provides an option to create a group of pins, called boards to collect pins related to a topic in a place, just like a real-life board with pins. 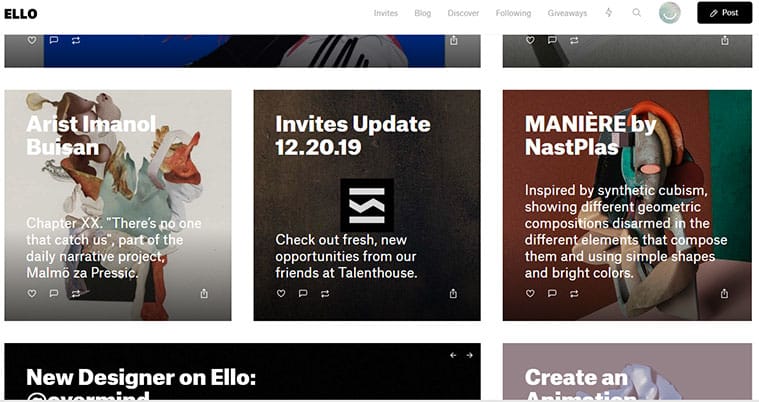 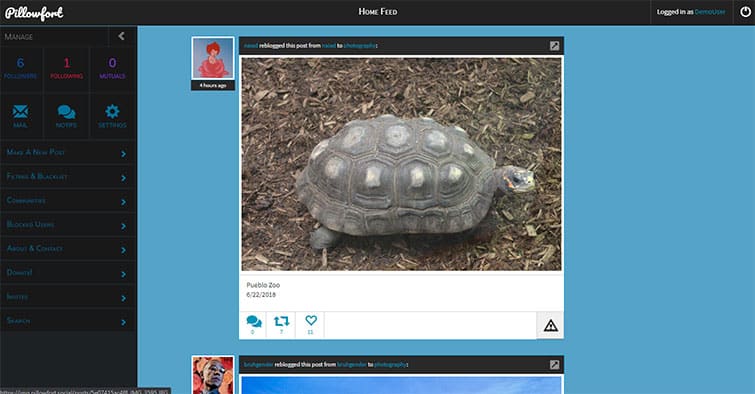 Pillowfort gives a similar look-wise feel of Tumblr. It is in beta-phase and charges a small fee($5) for creating an account. There is an option for trial through a demo-mode for users to peek inside the discrete social media forum. 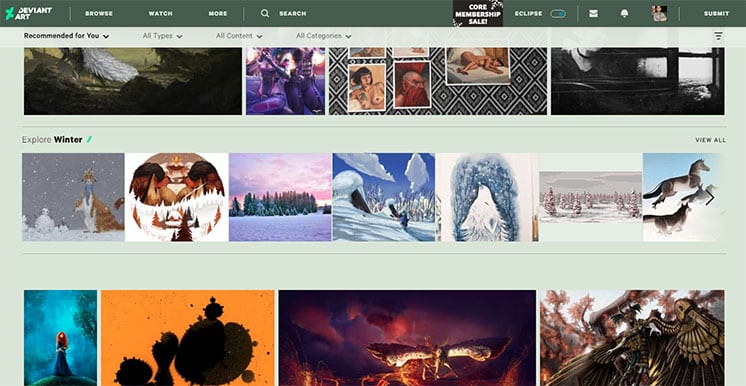 DeviantArt is an online community that features digital art, photography, videography, among other forms of art. It has communities feed similar to Tumblr. The feed can be sorted by different categories. Posts are called deviations.

There are none that even if I had to nitpick from the haven for artists. 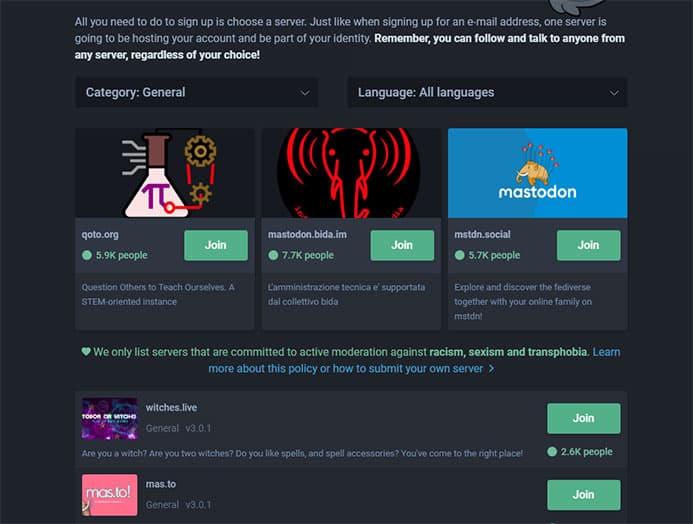 Mastodon is an open-source alternative to Tumblr. The inter-connected decentralized social network has micro-blogging like Twitter, a Reddit like community space. After creating an account Qoto, you have to use the login credentials(especially the Qoto id) for joining different communities. Qoto has a Twitter-like interface itself.

Twitter is a micro-blogging and social media website with a similar vertical home news feed like Tumblr. Users who like a post can reshare it using a retweet feature. The home-feed has posts from the other user, handles followed by you, and tweets from around the world can be followed by searching hashtags. Users can write a tweet (post) with a character limit of 280(except for Japanese, Korean, and Chinese).

So these were some of the best alternatives to Tumblr, in addition to these, you can also use WordPress or Google’s blogger if you are looking to start a blog.

Best Nintendo Switch Emulators For PC In 2021 That Are Working

Microsoft Windows 11 Leaked Ahead Of Launch

Microsoft Will End Support For Windows 10 In 2025