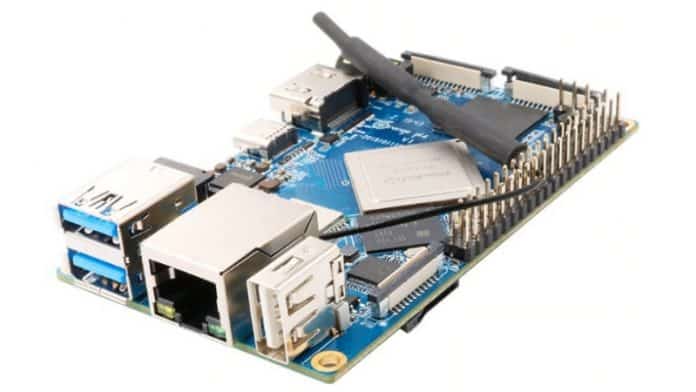 Shenzhen Xunlong Software Co. Ltd has announced the release of the cheapest Single Board Computers (SBCs) – Orange Pi 4 and 4B.

Let’s have a look at Orange Pi 4 / 4B Specifications

The Orange Pi 4 uses the same Rockchip RK3399 SoC as the Orange Pi RK3399. But, the Orange Pi 4B model features a Gyrfalcon Lightspeeur SPR2801S Neural Processing Unit (NPU).
Both the SBCs come with 4GB of LPDDR4 memory and have an ARM Mali-T860 MP4 GPU. They are both an optional 16GB eMMC flash and a microSD card. The new Orange Pi models measure 91 x 56 mm and weigh 48 grams.
Orange Pi 4 has one USB 3.0 port, two USB 2.0 host ports, and one USB 3.0 type C port. But, Orange Pi 4B has two USB 2.0 host ports and only one USB 3.0 type C port. This is because the Orange Pi 4B’s NPU connects to the RK3399 via USB 3.0.
Both have dual MIPI-CSI camera headers and dual LCD/MIPI-DSI connectors. They also have a serial debug interface, a mic, and a 3.5mm audio output jack for headphones. Additionally, they have a 24-pin connector, and a 40-pin GPIO (General-purpose input / output) connector.
These two can run Android 8.1, Ubuntu 16.04, Ubuntu 18.04, and Debian 9. Both models include support for Gigabit Ethernet port, dual-band Wi-Fi 802.11ac and Bluetooth 5.0 connection. The SBC has a 5V/3A DC jack, 5V via type C port, a PMU (Rockchip RK808), and recovery and reset-button.
You can use the open-source Orange Pi 4 SBC to build a computer, wireless server, games, and much more.
The Orange Pi 4 variants with no eMMC flash and 16GB eMMC flash are available for $49.90 and $59.90 respectively. The NPU-enabled Orange Pi 4B model with 16GB eMMC flash is available for $69.90.
You can find more information about the products on the Aliexpress Orange Pi 4 and Aliexpress Orange Pi 4B shopping pages and on Amazon Orange Pi 4/4B shopping page. 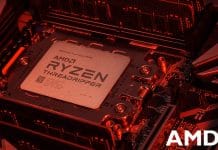