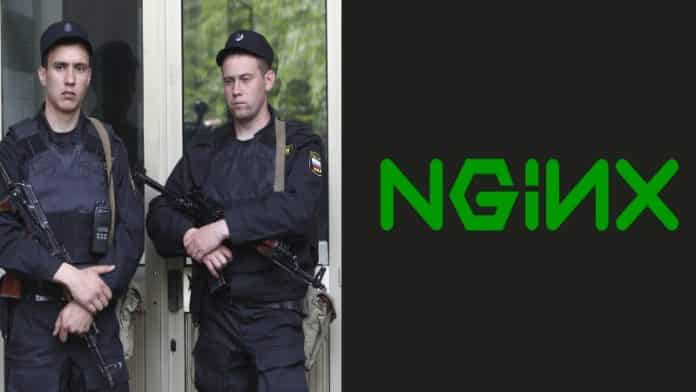 Russian Police on Thursday raided the Moscow office of NGINX over a copyright infringement complaint filed by Rambler Group, according to multiple reports.

For those unaware, NGINX (pronounced as “engine X”) is the world’s second-largest open-source web server. On the other hand, Rambler is a Russian search engine and one of the biggest web portals in the country.

During the raid, equipment was seized and NGINX co-founders Igor Sysoev and Maxim Konovalov were detained by the authorities. However, both were released after questioning but their phones were seized.

“Earlier today, Russian police came to the NGINX Moscow office,” an F5 spokesperson said. “We are still gathering the facts and as such we have no further comments to make at this time.”

Igor Sysoev had created the NGINX web server in the early 2000s while working as a system administrator at Rambler. He ultimately released it as open-source in 2004. He later co-founded the company NGINX in 2015, which was acquired by an American technology company, F5 Networks for $670 million in March 2019.

According to the complaint shared on Twitter, Rambler claims to own the copyright on all NGINX source code because it was created while Sysoev was working as an employee of the company.

Seems like Rambler filled copyright claim to @isysoev regarding @nginx, nginx office under police raid (unconfirmed). Originally posted by @igorippolitov , but somebody asked him to remove his post. pic.twitter.com/76mBNtV31G

The complaint also accuses Sysoev of using Rambler’s resources to develop the software during his working hours, and then later, illegally distributing the program, causing Rambler damages of 51.4 million Rubles.

“We believe that the rights to Nginx belong to the Rambler Internet Holding company, which is part of the Rambler Group. NGINX is an official work, the development of which since the beginning of the 2000s in the framework of labor relations with Rambler, was carried out by Igor Sysoev,” Rambler told a Russian media site. “Therefore, any use of this program without the consent of the Rambler Group is a violation of the exclusive right.”

In a 2012 interview with another Russian site, Sysoev had confirmed he was working on the NGINX program at Rambler and had created the code in his free time.

“It should be noted that programming was not part of my job responsibilities, but since there were time and traction, the first thing I did was adapt the patch to compress Apache responses,” Sysoev said in that interview. “Then, I was asked to deal with the mod_proxy module. I looked at it and decided it was easier to write everything from scratch than to adapt to some things there.”

This case has now been filed under part 3 of Article 146 of the Criminal Code of the Russian Federation (violation of copyright and related rights).

NGINX has not yet officially responded to the situation. This is a developing story, stay tuned!