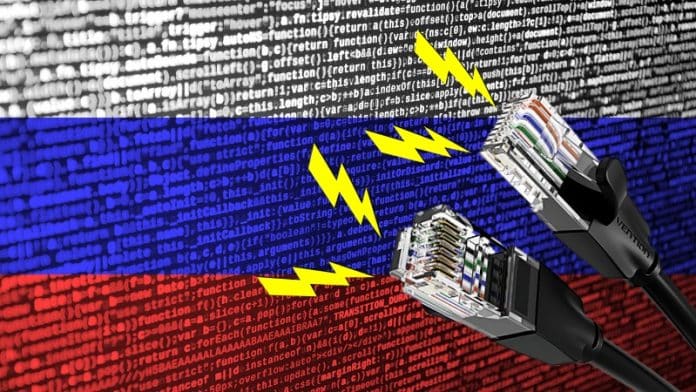 Earlier this year, it was reported that the Russian government along with major internet providers are planning to disconnect the entire country from the global internet to ensure the independence of Runet, or Russia’s internet.

The primary reason behind this internet shutdown is to ensure the “security” of its internet infrastructure in case of a foreign cyberattack.

The Russian Ministry of Communications on Monday announced that it had successfully conducted a series of tests to check whether the country’s internet service would function if it were to disconnect from the Worldwide Web, reports BBC.

The switchover to Runet, the country’s national internet infrastructure, was smooth and ordinary users did not notice any changes, added Russia’s communication ministry.

“Our goal was to provide an uninterrupted internet service on Russian territory under any circumstances,” Deputy Head of the Ministry of Communications, Alexei Sokolov told reporters.

“The results of the tests have shown that on the whole both authorities and service providers are ready to effectively react to emerging risks and threats and ensure the functioning of the Internet and the unified telecommunication network in Russia.”

The tests were carried out over multiple days, starting last week, which involved state-run institutions, as well as telecom providers and internet companies. The tests would continue in the future, added Sokolov.

However, many internet rights activists have raised concerns about the new trend of some countries creating their internet that could lead to online isolation. Besides this, it would also give Russia’s government more control over what its citizens can access. It is speculated that Russia wants to tighten surveillance and censorship in its country similar to China.

“Sadly, the Russian direction of travel is just another step in the increasing breaking-up of the internet,” said Prof Alan Woodward, a computer scientist at the University of Surrey.

“Increasingly, authoritarian countries which want to control what citizens see are looking at what Iran and China have already done.

“It means people will not have access to dialogue about what is going on in their own country, they will be kept within their own bubble.

“That would effectively get ISPs [internet service providers] and telcos to configure the internet within their borders as a gigantic intranet, just like a large corporation does.”

The test results of the unplugged internet will now be presented to the Russian President Vladimir Putin. The Runet system is supposed to go online in 2021.