Caviar, the luxury device accessory company based in Russia, has merged Apple’s iPhone 11 Pro and Tesla’s Cybertruck to make its own modified version- “CYBERPHONE”.

For those unaware, Caviar specialises in making highly-customized versions of high-end smartphones with gold and diamonds that can cost over $100,000.

Called the ‘Cyberphone, this customized version of the iPhone 11 Pro does not have “luxury” elements such as gold or diamonds but has a design inspired by the Tesla Cybertruck electric pick-up model.

This is how Caviar describes the “Cyberphone” on its website:

Caviar created a modified iPhone 11 Pro in the Tesla Cybertruck style: in the device, one can trace the deliberate geometry of lines, simplicity of forms and versatility of materials. 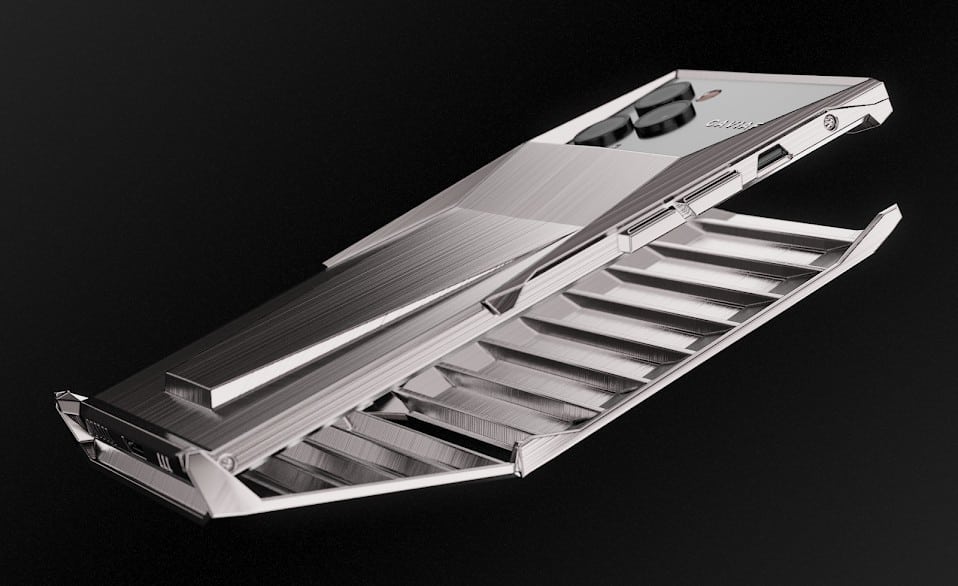 The titanium body of the smartphone is protected all round from any outer mechanical impact: the back cover, sides and even the screen are hidden under metal plates. At that, the total protection of the body does not violate, but even enhances the smartphone’s functionality: now, if you wish to use your favorite apps with comfort or have video calls, the folding titanium screen protection is transformed into a comfortable holder.

The design of the body is inspired by the geometry of Tesla Cybertruck. At the same time, it is improved aesthetically. Accurate lines are explained not only by the functionality but also create a visual component nice to look at.

Caviar will manufacture 99 units of Cyberphones. The device will come with 64GB of internal memory based on the iPhone 11 Pro and cost over $5,000.

Those who want the Max version or more storage on the device, it will cost extra. Caviar is asking customers interested in pre-ordering Cyberphone to contact them directly to request for a price.