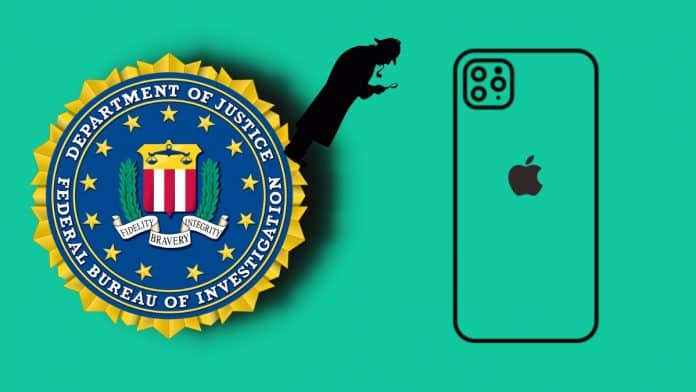 A recent Forbes report claims that the Federal Bureau of Investigation (FBI) last year was able to extract data from the most secure and latest iPhone 11 Pro Max using one of the black/gray market tools.

According to the report, FBI investigators in Ohio used a third-party hacking device called GrayKey to extract data from a locked iPhone 11 Pro Max. The phone in question belonged to Baris Ali Koch, who was accused of helping his brother convicted of hate crime escape the country by using his passport and lying to the authorities. He is currently awaiting sentencing.

As part of the investigation, FBI authorities acquired Koch’s iPhone 11 Pro Max on October 11, 2019, which according to his lawyer, Ameer Mabjis was locked and protected by a passcode. According to Mabjis, no passcode was given to the authorities nor was Koch forced to use his face to unlock the phone via Face ID.

A search warrant filed on October 30, 2019 reveals that the FBI had a USB drive in their possession that contained “GrayKey derived forensic analysis” of the iPhone in question.

For those unaware, GrayKey is an iPhone unlocking tool created by Atlanta-based firm Grayshift that helps law enforcement agencies around the world to break passwords on iPhones involved in criminal investigations for purpose of data extraction.

Although it is not mentioned in the October 30, 2019 search warrant, the report suggests the FBI had access to GrayKey, which was reportedly used to unlock Koch’s iPhone 11 Pro Max.

Recently, FBI wanted Apple to hack two devices, iPhone 5 and iPhone 7, which belonged to Pensacola Naval Base attacker Mohammed Saeed Alshamrani who killed three sailors and injured others before being shot down by an officer. Both these iPhones, which aren’t secured as current iPhones can be unlocked with hardware boxes like GrayKey.

When FBI approached Apple for unlocking them, the iPhone maker refused to unlock the iPhones citing that it is against company’s policies and it will create trust issues among all Apple users. However, the tech giant did provide the FBI a wide variety of information related to the iPhones as well as linked iCloud backups, account information and transactional data for multiple accounts.

In the past, the FBI has already made use of a third-party service to unlock an iPhone 5C used by the San Bernardino killer in 2015. And with the recent FBI report, it is clear that the FBI can unlock iPhones themselves by using GrayKey.

Hence, it is surprising why the FBI and U.S. government is pressurising Apple to create a backdoor to encryption on iPhones.

President Donald Trump even tweeted out on how despite America helping Apple on “TRADE”, Apple is refusing “to unlock phones used by killers, drug dealers and other violent criminal elements”.

“It’s very important for us to know with whom and about what the shooter was communicating before he died,” Barr said on Monday.

In reply to the accusations, Apple in a statement to Cult of Mac said, “our responses to (the federal governments) many requests since the attack have been timely, thorough and are ongoing.”

It further read, “We have the greatest respect for law enforcement and have always worked cooperatively to help in their investigations. When the FBI requested information from us relating to this case a month ago, we gave them all of the data in our possession, and we will continue to support them with the data we have available.