A hacking group that claims to be working for the Iranian government hacked and defaced a U.S. government agency website on January 4, 2020.

The hackers posted a doctored image of a bloodied Donald Trump being punched in the face by an Iranian Revolutionary Guard alongside pro-Iranian messages.

“Hacked by Iran Cyber Security Group Hackers. This is only small part of Iran’s cyber ability! We’re always ready,” read a line at the bottom of the image.

The hack, which targeted the U.S. Federal Depository Library Program’s (FDLP) website,  was apparently a revenge attack following the killing of Iranian Major General Qassem Soleimani in a U.S. drone strike in Iraq on January 3, 2020.

The FDLP is a program run by the Government Publishing Office to make government documents and information available to the public at no cost.

The FDLP website, which featured the doctored image is currently offline. Although the message and image has been removed from its main page, the hack can be still found via Google search.

A spokesperson for the Cybersecurity and Infrastructure Security Agency (CISA), a division of the Department of Homeland Security (DHS), confirmed the hack and said it is monitoring the apparent hack, which they referred to as a “defacement.”

“We are aware the website of the Federal Depository Library Program (FDLP) was defaced with pro-Iranian, anti-U.S. messaging,” said Sara Sendek, a spokesperson for DHS’s Cybersecurity and Infrastructure Security Agency.

“At this time, there is no confirmation that this was the action of Iranian state-sponsored actors. The website was taken offline and is no longer accessible. CISA is monitoring the situation with FDLP and our federal partners.”

In the meantime, Gary Somerset, the chief public relations officer for the U.S. Government Publishing Office, said that his office is “coordinating with the appropriate authorities” to investigate the matter.

“An intrusion was detected on GPO’s FDLP website, which has been taken down. GPO’s other sites are fully operational,” he added.

After the drone strike, Iran had vowed “crushing and powerful” retaliation to Soleimani’s killing. Several experts have already warned about Iran’s cyberwarfare capabilities against the U.S.

The DHS on Saturday cited a cyberattack as one possibility, though cited “no credible threat.”

In a bulletin posted to Twitter, DHS said, “Iran maintains a robust cyber program and can execute cyberattacks against the United States. Iran is capable, at a minimum, of carrying out attacks with temporary disruptive effects against critical infrastructure in the United States.”

On January 3, 2020, Soleimani was killed along with 25 others during a deadly U.S. airstrike ordered by U.S. President Donald Trump on Iranian-backed Iraqi militia group Kata’ib Hezbollah.

Calling the strikes as “defensive”, the U.S. said that they were in retaliation to the firing of 30 rockets by pro-Iranian Iraqi militia which killed a U.S. defense contractor.

Trump has pledged that if Iran attacks an American base or any American “which I would strongly advise them not to do, we will hit them harder than they have ever been hit before!” 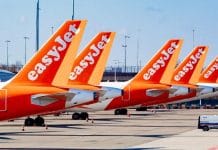 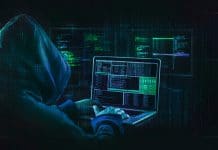 Hackers Selling Over 73 Million User Records On The Dark Web