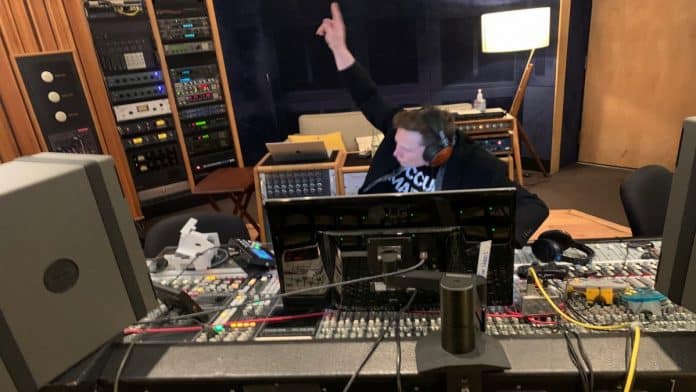 The new track “Don’t Doubt ur Vibe” posted on Musk’s SoundCloud account is his second single via his label Emo G Records. This track is also available on Spotify.

Musk’s first single was ‘RIP Harambe‘ released in 2019 where he paid tribute to the Cincinnati Zoo gorilla in Ohio who was killed to save a three-year-old boy fallen into his enclosure.

He also shared photos of himself in a recording studio accompanied by the caption “Vibbbe” and revealed to his followers that he had written both the lyrics and performed the song himself. In due course, the “yer” turned into “ur”.

I wrote the lyrics & performed the vocals!!

Musk’s new four-minute-long track that features synthesizer effects and a simple beat has the below lyrics:

The cover art for the track depicts Tesla’s Cybertruck floating past Mars – paying tribute to the Tesla Roadster – that was famously sent into space in 2018.

Several fans of electronic music who listened to Musk’s track praised his versatility.

“Love the track, so simple, but catchy and chill. Keep it up Elon!” one person wrote.

Another said: “If this doesn’t make #1 on SoundCloud I’m going to be really disappointed.”

“I know what I’m going to listen to on my flight to Mars,” one SoundCloud user commented.

Kill the Noise, Skrillex collaborator replied to the SpaceX and Tesla boss on Twitter, saying: “This is dope man”.

“I wanna make an energy efficient dubstep with @elonmusk,” said another tweeter.

Some even suggested that the track should be played while starting Tesla.