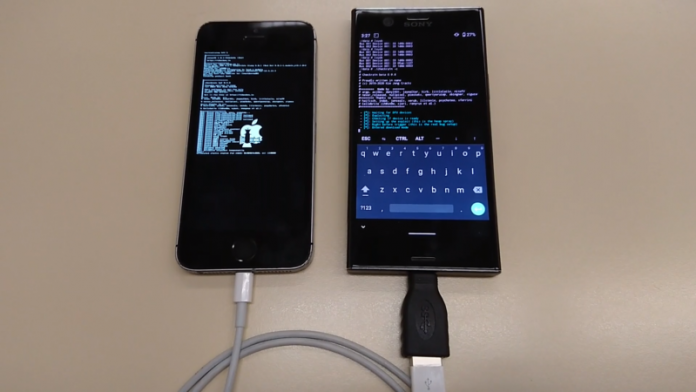 Corellium, a cybersecurity start-up that sells virtual versions of Apple’s operating system, iOS, has unveiled a new jailbreak method that allows users to run a limited version of Android 10 on older iPhone models.

“Where sandboxes set limits and boundaries, sandcastles provide an opportunity to create something new from the limitless bounds of your imagination. Project Sandcastle is about building something new on the silicon of your hardware. The iPhone restricts users to operate inside a sandbox. But when you buy an iPhone, you own the iPhone hardware,” says the Project Sandcastle developers.

The devs further added, “Android for the iPhone gives you the freedom to run a different operating system on that hardware. Android for the iPhone has many exciting practical applications, from forensics research to dual-booting ephemeral devices to combatting e-waste. Our goal has always been to push mobile research forward, and we’re excited to see what the developer community builds from this foundation. Android for the iPhone is in beta and has only had limited testing. Any impact on battery, performance, or other components is unknown. While APFS has experimental write support, it’s currently set read-only for your safety.”

Since the functionality of Android for the iPhone is pretty restricted, one cannot use the iPhone’s camera or install apps from the Google Play Store. Also, there is no support for the iPhone’s GPU, audio, cellular data, Bluetooth, and on the iPod Touch only, multitouch.

Those users who have successfully tried the Corellium beta product have posted pictures and videos of Android-to-iPhone transfers.

At present, this works only on the iPhone 7, iPhone 7 Plus, and to a lesser extent, on the iPod Touch 7G. Corellium is hoping to expand Project Sandcastle support to other versions of iPhones, though the jailbreak is unable to penetrate iPhone 11 and above. Check out the chart here that shows what is and isn’t supported.

If you are looking to run Android on your iPhone 7 or 7 Plus, you can visit the ProjectSandcastle.org website and follow the instructions on it. You can also view the source code on GitHub here.

Currently, Corellium is being sued by Apple for allegedly infringing on iOS copyrights by selling iOS and device virtualization software.