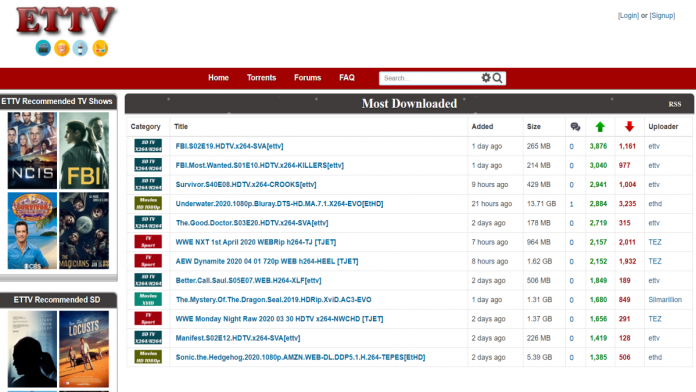 The disappearance of the main operator of ETTV, a TV-torrent distribution group, last December has left the future of the site uncertain, reports TorrentFreak.

As a result, ETTV had to switch to a new domain name a few days ago.

For those unaware, when the popular torrent site ExtraTorrent pulled down the curtains on its website in 2017, several prominent uploaders and groups like ETTV, ETHD, and DTOne were left in the lurch.

That’s when ETTV, ETHD, and DTOne decided to collaborate and launch their own torrent website called ETTV.tv.

Over the years, the site’s traffic has grown gradually making it a medium-sized torrent site with a dedicated and vetted group of regular uploaders.

While the site has been functioning as usual in recent months, the sudden disappearance of the main ETTV operator controlling the domains, servers, and ads, has left the staff behind the scenes with a serious problem.

According to TorrentFreak, ETTV administrator ‘sidekickbob’ had informed them that the operator last logged in December last year, which is also the same time he had sent out an email to him telling him that he was having health problems.

With no official word from the operator for almost four months, ‘sidekickbob’ decided to step into action. Firstly, he disabled the ads that he had no control over. He then paid the bills and got the site’s server back. Currently, ETTV will use magnet links only.

“I redirected all traffic from ettv.to,” sidekickbob told TorrentFreak, adding that the other domains are set to expire later this year.

This domain change was also communicated in the forums, without any additional contextual detail.

The ‘new’ admin has plans to restore some ads so that he can pay the bills till the time the original operator returns. Currently, sidekickbob is only working as a temporary admin and is looking for a trusted person who can work as the main operator. If he is unable to find someone, he has plans to shut the site down.

“It’s all left to me, and if I don’t manage to ‘transfer’ it to somebody else I will eventually shut it down, most likely at the end of this year,” he said, adding that he doesn’t have adequate time to manage the site himself.

This leaves a huge question mark on ETTV’s future. The new admin doesn’t have plans to sell the site to the highest bidder but to a third-party who has a good track record and some experience.