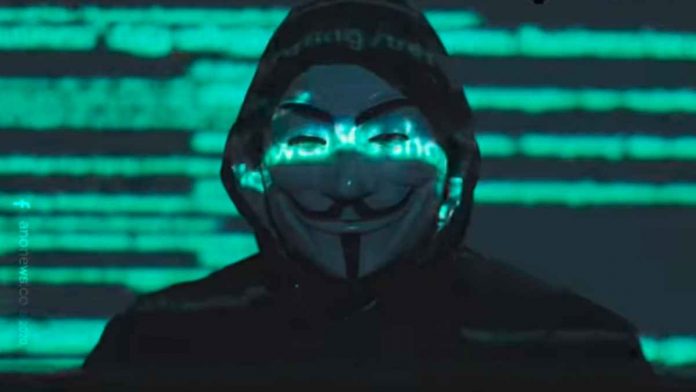 On May 30, the Anonymous group had announced their return showing solidarity with the protestors criticizing the Minneapolis Police Department in the wake of the death of George Floyd last week.

The incident involving police radios in Chicago that took place over the weekend while protests were going on was immediately attributed to the hacking collective.

For those unaware, George Floyd, 46, an African-American man, died following a clash with police officers in Minneapolis, Minnesota on May 25. While Floyd was handcuffed and lying face down on a city street during an arrest, Derek Chauvin, a white American Minneapolis police officer, knelt on the right side of Floyd’s neck for 8 minutes and 46 seconds leading to his death due to asphyxiation.

After the incident, Chauvin was sacked and has since been arrested. On May 29, he was charged with third-degree murder and second-degree manslaughter for Floyd’s death.

“We stand in solidarity with the protesters and revolutionaries fighting the US oligarchy, fighting the injustice of a massively corrupt racist system that has continued on for generations. #BlackLivesMatter,” Anonymous tweeted pointing its mission to target Minneapolis and Chicago’s police departments.

We stand in solidarity with the protesters and revolutionaries fighting the US oligarchy, fighting the injustice of a massively corrupt racist system that has continued on for generations. #BlackLivesMatter

Anonymous also released a video responding to the Floyd killing and threatening to expose the Minneapolis Police Department’s “many crimes to the world.”

“Officers who kill people and commit other crimes need to be held accountable just like the rest of us, otherwise they will believe that they have a license to do whatever they want,” said a member of Anonymous wearing the signature Guy Fawkes mask and black hoodie in the video.

“Unfortunately, we do not trust your corrupt organisation to carry out justice, so we will be exposing your many crimes to the world.

“You are here to keep order for the people in control. Not to provide safety for the people who are being controlled. In fact, you are the very mechanism that elites use to continue their global system of oppression.”

Following the video, the Minneapolis Police Department and the city of Minneapolis websites went offline.

anyways, in case you're wondering how things are going in chicago, someone disrupted the police scanner frequency and played fuck tha police by NWA for at least 2 minutes