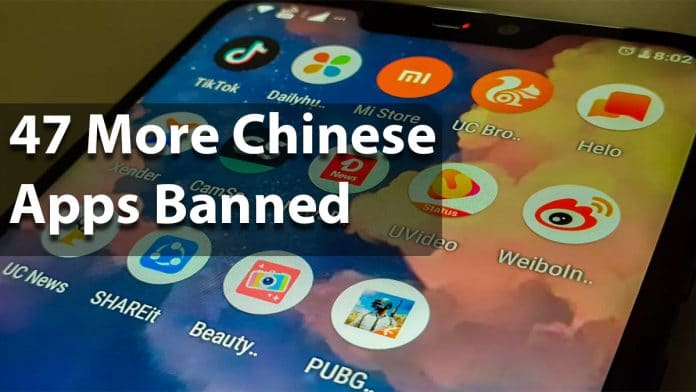 Which Apps made the cut?

The 49 banned apps are mere clones of the already banned Chinese apps such as CamScan Advance, TikTok Lite. Therefore, there is no immediate reason for users to panic who are in the middle of transitioning to the alternatives of Chinese apps.

While there is no clear mentioning of which apps were banned, we have tried compiling a list of apps known so far using various online reports.

According to reports, the Government has been mulling over banning a total of 275 such apps, which may include banning PUBG Mobile, Resso.

The second wave of the ban comes after the first 59 apps were banned on an “interim” basis, meaning that IT ministry is seeking clarification from the apps that were warned for privacy anomalies amongst other things.

Adding further to clarity on order dated June 29th, the IT Ministry cited several complaints lodged with them by many privacy activities, “stealing and surreptitiously transmitting users’ data in an unauthorised manner to servers which have locations outside India”.

Watch this space as the story develops further.