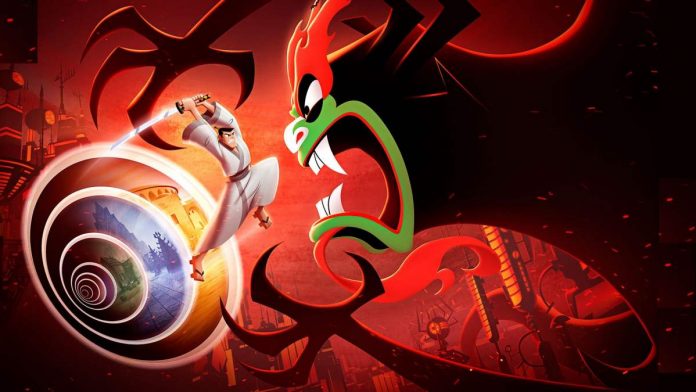 Samurai Jack: Battle Through Time, based on the Samurai Jack cartoon to hit gaming shelves on the 21st of August.

The Samurai from feudal Japan kingdom returns to fight an old foe(Aku) in the game Samurai Jack: Battle Through Time, which will be available to play on Xbox One, Nintendo Switch, PlayStation 4 and Windows PC.

After the announcement of the gaming title back in February, jointly produced by Adult Swim and Soleil game Studios, the fans have expressed their eagerness and liking to news of the release.

The much-awaited release date was announced in the second trailer which was released for the fans to get familiar with the storyline, along with the date of the release.

Samurai Jack first premiered in 2001, and it was a popular choice of cartoon among gen-z. Its final season aired in 2017, whose reception was highly positive as a result of a coming-of-life ending to the excellent cartoon show.

The plot of the Game

The seasoned Samurai will return to Japan and fight travesties with the help of old allies such as Sir Rothchild, The Scotsman, and The Scaramouche. Moreover, the players, like Samurai Jack, travel to various places that are shown in the original cartoon show.

Talking about weaponry, players can equip with over a dozen of different skills and weapons to fight the ultimate old foe, Aku. Not only that, but there will also be different powers that can be unlocked as you progress further in the game.

The talk of the town in the gaming space has been about the game’s unconventional graphics. It is styled after Genndy Tartakovsky’s iconic 2D arty style premiering in a 3D world game.

Keeping in line with the beautiful writing of the cartoon, Darrick Bachman, the original show’s head writer has written the game’s storyline.

Voice of Jack and narration has been done by the original and fan’s favourite, Phil LaMarr, along with Greg Baldwin( Aku’s voice in the final season of the show).

The price of the game is to be $39.99, according to IGN, the flat rate across different platforms.