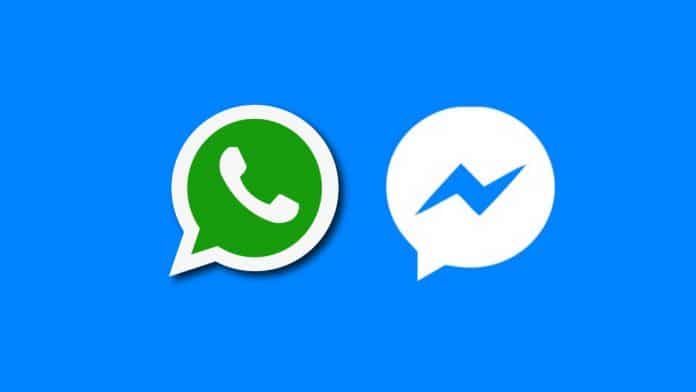 It now appears that the social media giant is reportedly working on integrating Facebook Messenger with WhatsApp to enable communication between the two platforms.

The new update was uncovered by developer Alessandro Paluzzi (@Alex193a) and reported by WABetaInfo, the blog that tracks WhatsApp development.

“This is not really an integration of the Facebook service into Instagram, but recently @Alex193a has warned me about the integration of WhatsApp into Facebook Messenger, including several important tracks! In particular, we’re talking about the possibility to communicate with a user that uses a different Facebook app, in this case between two users having WhatsApp and Facebook Messenger,” the WABetaInfo report stated.

“Some important references were found about this integration: in particular, Facebook is creating some tables in a local database, in order to manage messages and services with other WhatsApp users.”

First hidden tracks show the possibility to communicate with a WhatsApp user from Facebook Messenger.https://t.co/kxjsPGpDJJ

This feature isn't available yet.

While it sounds interesting, there is a lot of uncertainty on how Facebook plans to pull off this integration, primarily because WhatsApp messages are end-to-end encrypted to secure communications. However, this is not the case for all messages sent through Messenger.

Although Facebook has plans to roll out end-to-end encryption for all of its messaging services, given the complicated nature of the feature it remains to be seen if the integration happens or it is abandoned completely, as it is still in the development stage.

According to WABetaInfo, even if the integration happens, WhatsApp messages will continue to stay end-to-end encrypted, as the tracker adds, “Privacy is one of their core principles that will always define the company and we count it will be always so.”