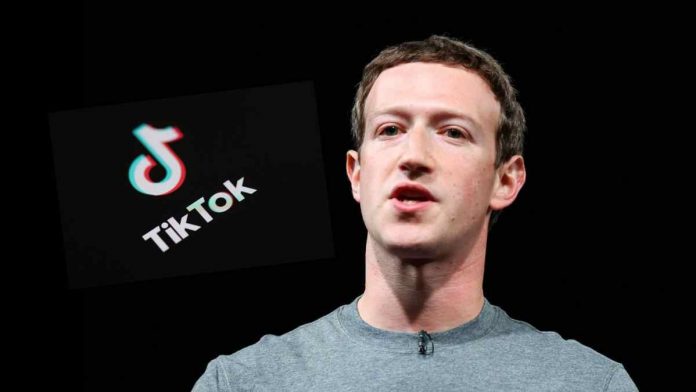 At a private dinner held at the White House in October 2019, Zuckerberg “made the case to President Trump that the rise of Chinese internet companies threatens American business, and should be a bigger concern than reining in Facebook,” WSJ reported, citing people familiar with the matter.

In these meetings, Zuckerberg is said to have resounded the same fears he voiced in a meeting with students of Georgetown University in October.

“On TikTok, the Chinese app growing quickly around the world, mentions of protests are censored, even in the U.S. Is that the internet we want?” Zuckerberg told students. “It does not share Facebook’s commitment to free speech and poses a risk to American values and technological supremacy.”

According to WSJ, it was reportedly after the meeting with the Facebook CEO that the government began to worry about the potential threats from TikTok activity.

Following the meeting, Tom Cotton – the Republican Senator for Arkansas and Chuck Schumer, the most senior Democrat in the Senate, wrote a letter to intelligence officials demanding an inquiry into TikTok, which eventually led to a national security review of the company.

On the other hand, TikTok’s Chinese parent company, ByteDance have been aiming Facebook for some time and its use of American politics.

In July this year, TikTok CEO Kevin Mayer took a jab at Facebook saying that TikTok welcomes competition, but only if it’s fair.

“We think fair competition makes all of us better. To those who wish to launch competitive products, we say bring it on. Facebook is even launching another copycat product, Reels (tied to Instagram) after their other copycat Lasso failed quickly,” Mayer wrote in a blog post.

“But let’s focus our energies on fair and open competition in service of our consumers, rather than maligning attacks by our competitor – namely Facebook – disguised as patriotism and designed to put an end to our very presence in the U.S.”

Earlier this month, Trump signed an executive order blocking all U.S. transactions with ByteDance Ltd., starting September 20, as it considers TikTok a potential threat to the country. The order demands Bytedance to sell off its US assets citing concerns over the handling of user data.

A Facebook spokesperson in an emailed statement on Monday said that Zuckerberg has never encouraged for a ban on TikTok.

Zuckerberg “has repeatedly said publicly that the biggest competitors to US tech companies are Chinese companies, with values that don’t align with democratic ideals like free speech,” said the Facebook spokesperson. “It’s ludicrous to suggest that long-standing national security concerns — raised by policymakers on both sides of the aisle — have been shaped by Mark’s statements alone.”