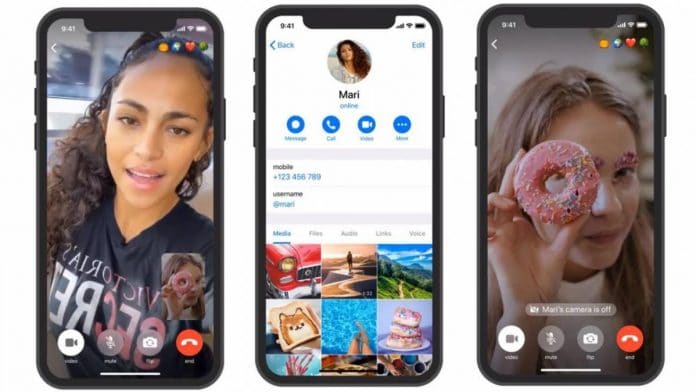 Telegram, a cloud-based instant messaging and voice over IP service, on Friday announced that it has added one of the most-requested features from its users – video calls. The feature will be added to all its desktop and mobile apps.

Currently, the video calling feature is in Telegram beta and expected to officially roll out with version 7.0 of the application.

“2020 highlighted the need for face-to-face communication, and our alpha version of video calls is now available on both Android and iOS. You can start a video call from your contact’s profile page, and switch video on or off at any time during voice calls,” the company said in a statement on Friday.

Like the voice calls, all video calls on Telegram will be protected with end-to-end encryption.

To confirm your connection, the app will show four emoji shown on-screen for you and your chat partner. If they match, your call is 100% secured by time-tested encryption also used in Telegram’s Secret Chats and Voice Calls. For more details, click on this page.

“Our apps for Android and iOS have reproducible builds, so anyone can verify encryption and confirm that their app uses the exact same open source code that we publish with each update,” the company added.

Further, Telegram has added another batch of new animated emojis, which includes smileys, cat faces, a birthday cake, eggplant and more. This update is available to download now.

The company has plans to update the video calling feature with more features and improvements in future versions. It also has plans to launch support for group video calls in the coming months.

Last month, Telegram had announced an update that brings Profile Videos along with improved People Nearby features, unlimited file sharing with up to 2GB per file, mini-thumbnails for your chat list, and notifications, group stats, and much more.